By Jonathan Safran Foer
Why the human race needs to stop eating so many animal products to save its first home.

" 'The human race has existed as a separate species for about 2 million years. Civilization came about 10,000 years ago, and the rate of development has been steadily increasing. If humanity is to continue for another million years, it relies on boldly going where no one has gone before . . . We will need to take the practical means of establishing a whole new ecosystem that will survive in an environment that we know very little about and we will need to consider transporting several thousands of people, animals, plants, fungi, bacteria and insects.'

"If your house were in need of repairs, even extensive ones, would it be bold to abandon it for a new house? What if the new house were sure to be vastly less hospitable and far from everything you've known?

"Instead of traveling beyond the horizon, we could venture into our own consciences and colonize still-uninhabited parts of our internal landscapes. Instead of leaping to the distant fantasy of transporting animals on spaceships to other planets, we could start, right now, raising far fewer of them on the extraordinary planet we already have.

"In a 2016 public service announcement for a Swedish nonprofit, Hawking said, 'At the moment, humanity faces a major challenge, and millions of lives are in danger.' He then proceeded to speak about obesity and why humankind needs to eat less and get more physical activity. 'It's not rocket science.'

"Millions of lives might be in danger because of eating too much food, but every human life is in danger because of eating too many animal products. It's not rocket science in the colloquial sense, and the answer is not literally rocket science. If we don't demonstrate solidarity through small collective sacrifices, we will not win the war, and if we do not win the war, we will lose the childhood home of every human who has ever lived." 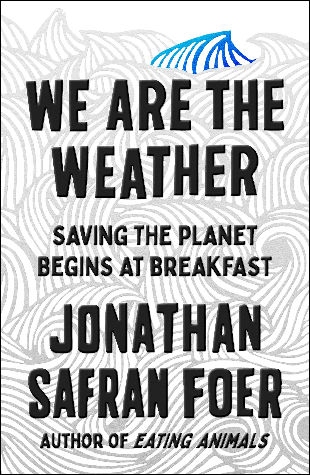