By John Loughery, Blythe Randolph
An introduction to the many sides and views of Dorothy Day.

"The effort to sort out the paradoxes of a woman as many-sided as Dorothy Day continues to this day. In 2015, Pope Francis I, addressing the US Congress, named her as one of four morally exemplary Americans — along with Abraham Lincoln, Martin Luther King, Jr., and the Trappist monk and contemplative Thomas Merton — whose lives and ethical struggles offer a different way of seeing the world. Yet those who advocate her beatification and canonization, a process commenced several years after her death, have their work cut out for them. Her admirers and her enemies, Catholic and otherwise, have their own view of her, and there is enough in the record of her dramatic life to alienate anyone.

"In the end, no category of common experience will neatly and precisely define this woman. She was dismayed by the Supreme Court's rule in Roe v. Wade, but was never willing to condemn those women as beyond redemption who had committed that grievous sin and would have been distressed by Cardinal John O'Connor's attempts to enlist her as a posthumous leader, a 'poster child,' of the prolife movement. She believed in helping women find their own voice, yet had scant regard for the second wave of feminism in the 1970s. (Rather like Edith Wharton, who never saw the point of the suffrage movement, or Georgia O'Keeffe, who belittled the idea of exhibitions of 'women artists,' Day was of a generation who believed that strong women simply found their own way.) Her support for unionization waned as she came to believe that labor leaders were committed to securing for their members higher wages and better working conditions, but not to any larger social and spiritual change. The counterculture of the 1960s was a largely distasteful phenomenon to her, but no one was more anti-establishment than Dorothy Day. She abhorred the values of the business world, entirely committed to competition and profit, but was equally critical of Lyndon Johnson's War on Poverty and any other solution to a social ill that involved the federal government's bureaucracy and big-spending practices, leaving citizens to feel freed from their own obligations to those in need.

"Dorothy Day asked hard questions — questions that are applicable to nonbelievers, but perhaps even more to those who profess some sort of faith or are seeking a resolution of their doubts. Her every statement, her every protest in the street, her lifelong rejection of comfort and respectability, ask: What kind of world do we really want to live in, and what sacrifices are we willing to make to achieve it? Do we believe that our primary concerns should be our physical ease, our family's and nation's well-being, our happiness as individuals? Can a sense of the mystical thrive in a culture that has made sacred causes of the rights of the individual, material progress, and technology? Is a flight from suffering and struggle actually a flight from God and an escape from the fulfillment of our deepest humanity? Day's life suggests answers to those complex queries, though her answers offer little to please the skeptical, the covetous, and the complacent." 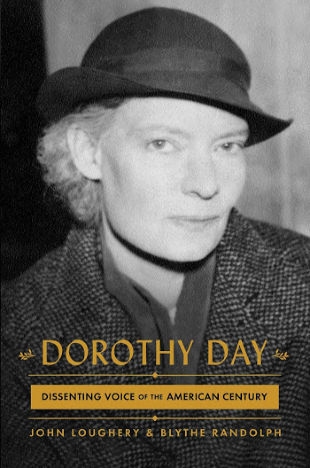