By Allen Klein
A story about how for one prisoner the refrigerator is awe-inspiring.

"I was listening to a radio show the other day in which three men, who had been in prison for at least five years, were about to be released. The reporter asked all of them the same question: 'What are a few things you are looking forward to doing when you get out of prison?'

"Most of them replied with what one might expect from someone who had been incarcerated to say — 'spending time with my family,' 'going to a baseball game,' 'seeing my friends again.' But one prisoner said something that took me by surprise. The thing he was looking forward to the most was, 'to open the refrigerator.'

"How many times a day do we open the refrigerator without thinking about it? Yet here was a young man who was looking forward to this simple everyday act bringing him great joy.

"After hearing him say that, I realized that there was deeper meaning in his answer. It revealed his restricted freedom and lack of control of his own life wile being locked up. He couldn't get any food or drink whenever he wanted. His meals, and his choice of what he ate, were mandated by others. Even getting up and getting a glass of milk or a cold soda was denied.

"Is it any wonder then that for this man even the thought of simply opening the refrigerator was awe-inspiring?" 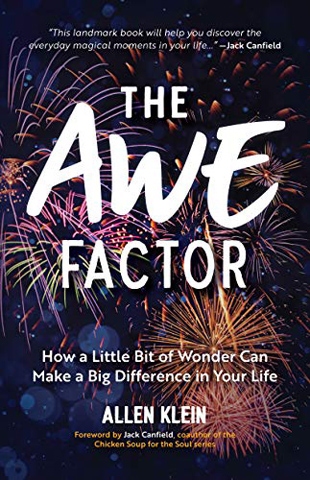