By Robert Adams
Reflections on photographs taken by a Jesuit priest on Native American reservations in the 1930s.

“These photographs were taken by a gifted amateur. They remind me that the medium has historically been especially open to visionaries at the margin.

“I am also pleased by the fact that prints from the negatives have been made by college students (at Grossmont College, under the direction of David Wing). Higher education can many times seem removed from life, but in this case I know that the students, looking down at the photographs as they fixed and washed them, learned something of the seriousness of life — its adversities and blessings.

“The adversities are unmistakable. Growing up on the Rosebud and Pine Ridge reservations in the 1930s was harsh: one cannot help speculating that the thin, bent legs of the younger girl resulted from malnutrition or inadequate medical care. Additionally, both subjects have been dispossessed. Nona Sharp Fish’s hair has been cropped, as probably Ms. Cordier’s has too; all Native American children who attended boarding schools were once forced to suffer this as a way to break their bond with home. In its place they were introduced to a different material culture, at once tempting but in some respects empty, and indoctrinated in an alien religion. Even such consolations as remained on the reservations were for many eventually to be exchanged for city life. We have the feeling, looking at Ms. Cordier there on the running board of the car, that she is about to leave.

“We share with her an unspoken grief, and are afraid. Native Americans have of course a different history than do most of us who will study the picture, but everyone who loved a more open landscape is disinherited.

“If these are some of the hard truths about which the photographs reinstruct us, how might they also argue for promise and the importance of reengagement? That is, after all, the goal toward which art is duty bound to encourage us.

“Perhaps most obviously, the subjects are people about whom we naturally care. How lovely they are: even their clothing, despite poverty, is handsome. And how admirable is their composure. Their direct gaze, and Ms. Cordier’s folded hands, testify to a courage that few of the rest of us ever attain.

“Moreover, the pictures are suffused with transforming light, making even the grain of wooden boards astonishing. And when sunlight strikes Ms. Cordier’s hair and hands and dress, we see that, even if she leaves the known world, she and we are not lost.

“We also celebrate in these pictures their record of form, of a moment when every element, good and bad, came together in the camera finder. We take heart from form in art because in the last analysis it is a convincing metaphor for wholeness in life. Even when life seems broken.” 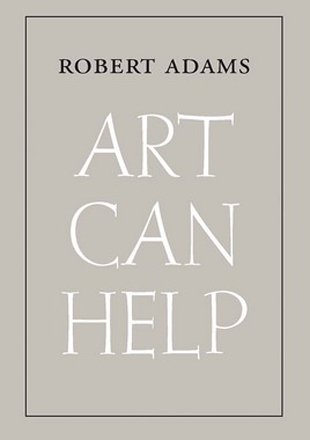