Green Mass The Ecological Theology of St. Hildegard of Bingen

By Michael Marder
Hildegard of Bingen’s theory of the soul as symphonic.

“Few people had a clearer sense of the vibrancy of being than Hildegard did. Or, more precisely, clearer senses. To recap: her notion of viriditas, the self-refreshing power of creation made visible in vegetation, is the greening green, vibrant and vibrating. In it, greenness is in equal measure metaphysical and physical, a possibility and an actuality, hidden and revealed, irradiating and absorbing intense light and sound waves, open not just to seeing and hearing but also to touching, smelling, tasting, to say nothing of the activity of greening that sees us, hears us, smells, tastes, and touches us. Experientially, it is a total synesthesia, the fusion of all the senses, metonymically consigned to vision, which is further represented by a unique section from the middle of the humanly visible spectrum: the color green. Ontologically, it encompasses what is given to the senses and the givenness of the senses themselves, along with the rest of the body-mind assemblage inspired and animated by viriditas. Human or not, life is a green mass, and that which enlivens it is a symphony in green.

“In her famous letter to the prelates at Mainz, dating from 1178-79 and protesting the prohibition of musical liturgy in retribution for the burial of a heretic on monastery grounds, Hildegard advances her cosmological and theological theory of music. Pithily, she remarks: 'the soul is symphonic.' The silencing of music is a brazen attack on the soul, which is thereby deprived of a chance to come to terms with its own structure in the acoustics of sounding-with. But this is not all. Because Hildegard’s favorite analogy for the soul is a tree, we might say that the symphony is intravegetal in virtue of combining the vibrations of different, semi-autonomous organs of plants (branches, roots, trunks, leaves, flowers) and their corresponding ‘mental faculties’ (intelligence, wisdom, sensoriality). An interdiction placed on musical liturgy disrupts the concerted growth, metamorphosis, decay, and regeneration of plant parts, reflected in the collaborative existence — the coexistence — of parts of the soul.” 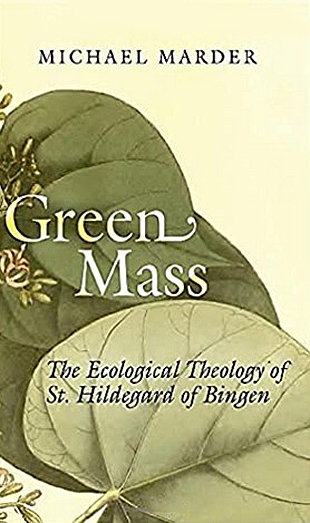