By His Holiness The Dalai Lama
Makes a good case for the collaboration of contemporary science and spirituality.

Whereas many religious leaders are skeptical of the collaboration between science and spirituality, His Holiness the Dalai Lama values the interplay between these two human endeavors. For over 30 years the spiritual leader of Tibet has held meetings with scientists in different fields including subatomic physics, cosmology, biology, neuroscience, and psychology. He states that we cannot ignore the basic insights of key theories of evolution, relativity, and quantum physics.

"I believe that spirituality and science are different but complementary investigative approaches with the same greater goal, of seeking the truth. In this, there is much each may learn from the other, and together they may contribute to expanding the horizon of human knowledge and wisdom. Moreover, through a dialogue between the two disciplines, I hope both science and spirituality may develop to be of better service to the needs and well-being of humanity."

His Holiness the Dalai Lama brings his Tibetan Buddhist spiritual perspective to the discussions. For instance, he is baffled why the scientific investigation of human behavior has failed to develop any systematic understanding of the powerful emotion of compassion. Instead, the emphasis in modern psychology has been upon negative emotions such as anger, aggression, and fear. Equally disconcerting for him is the inability or unwillingness of those who espouse Darwinian evolutionary theory to explore deeply the question of altruism. The scientists who seem to be most excited about ways of manipulating human genetics miss the mark when they emphasize intellectual achievement, physical beauty, or athletic achievement. The Dalai Lama believes that the real value of a person is the innate capacity for compassion. These kinds of insights are what make this spiritual leader's contributions to this dialogue so important.

The Dalai Lama discusses the relevance of emptiness, dependent origination, attention, and meditation to scientific pursuits. He states that he has always encouraged his colleagues to study science. This stands in contrast to many Christian fundamentalists who eschew evolution and other scientific understandings of the modern world. But spirituality can also temper science that has succumbed to the rigidity of reductionism or nihilism.

The Dalai Lama's efforts to collaborate with scientists through the many conferences he has initiated are salutary in a time when many are fearful of the dangerous misuse of technology that could lead to a nuclear holocaust. His closing statement is one that must be heeded by all world religious leaders:

"My plea is that we bring our spirituality, the full richness and simple wholesomeness of our basic human values, to bear upon the course of science and the direction of technology in human society. In essence, science and spirituality, though differing in their approaches, share the same end, which is the betterment of humanity." 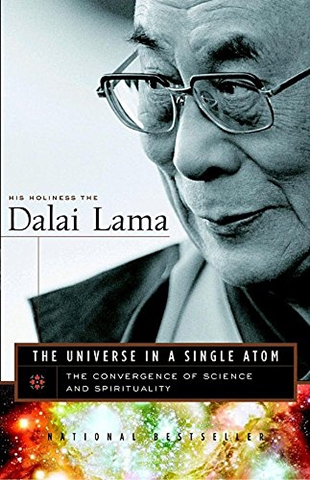