Awakening Conversations with the Masters

By Anthony de Mello
Stories, parables, and proverbs from a composite teacher sharing the wisdom of Hinduism, Christianity, Zen, Taoism, Judaism, and Sufism.

The stories, parables, and proverbs in this paperback were found among the papers of Anthony de Mello, a Jesuit priest who died in 1987. The Master in these tales is a composite character — he is a Hindu guru, a Christian monk, a Zen roshi, a Taoist sage, a Jewish rabbi, and a Sufi mystic. The wisdom of this spiritual teacher is earthy, playful, paradoxical, and reverent toward mystery.

Here's an example: " 'How joyful the Master seems,' a visitor remarked. Said a disciple. 'One always treads with a joyful step when one has dropped the burden called the ego.' " The Master never argues with anyone for he knows that the arguer seeks not truth but the triumph of his own beliefs. He constantly tries to get his disciples out of their heads and into their senses.

The Master has no patience for religious people who are proud of their beliefs, because holiness, in his eyes, is unself-conscious. He is allergic to ideologies and to theology. Instead he proclaims heart progress as the only true progress. The Master shocks sanctimonious people by saying — "You are not ready to 'fight' evil until you are able to see the good it does." These teachings will snap you to attention and enable you to see spirituality as aerobics for your mind, body, and soul. 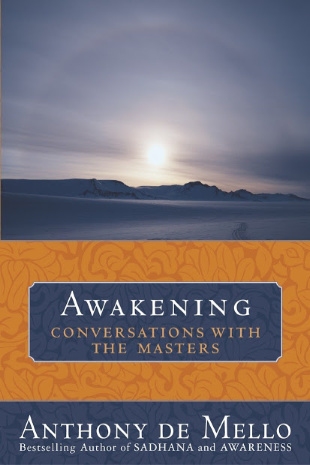