The Play of Light Observations and Epiphanies in the Everyday World

By Louis Masson
Elegant essays that tutor us in the art of seeing epiphanies and relishing sacramental showings in everyday life.

Louis Masson teaches writing and literature at the University of Portland in Oregon's Willamette Valley and serves as contributing editor to Portland Magazine. In this beautifully written collection of essays, he tutors us in the spiritual practice of wonder.

Masson possesses a keen imagination and as a Catholic has a sacramental approach to the world around him, paying attention to many ways it reveals God's presence and grace. Early in this paperback, the author tips his hat to Gerard Manley Hopkins, the poet who saw the Holy Ghost brooding over "the bent world with warm breast and with ah! bright wings."

Masson harvests many memories in these pages. He marvels at the natural world (rain, puddles, ponds, and desert light); travels among the living and the dead (looking at family photographs, recalling his participation in a ritual in Japan on the night of the Festival for the Dead, pausing to recall some of his favorite teachers), relishes epiphanies of place (saluting Father Daniel Berrigan and places he has cropped up, cherishing the flickering of candles), and rediscovers epiphanies of childhood ( a pear tree, hands, reading).

We love the ways Masson makes time for little things other writers often overlook. For instance, he has great respect for the poet William Stafford who saw the term "little" as a weighty term like prayer. Masson shares this vignette from the life of Dorothy Day:

"In her life of poverty she allowed herself two indulgences, two simple pleasures: reading and music. Her columns in The Catholic Worker represented one kind of testimony, but I found another testimony in her daybooks and journals. They revealed that this extraordinary faith lived in a very ordinary woman. In a 1943 notebook, after a recipe for bread making, Dorothy has a list of things "to learn":

"At the same time that she wrote these things she was attempting to found communal centers that could be self-sufficient in all areas. 'Save feathers': The scrap of paper with these words deserves its place in the archives. Too often we see faith as heavenly, but faith is of this earth, nourished by people who wish to learn to sing."

Our world is filled with wonders and that is why we need tutors to show us how to make the most of the little epiphanies and sacramental showings that we oftentimes miss in the shove and tug of everyday life. Masson is an elegant tour guide who does not disappoint with his observations and insights. 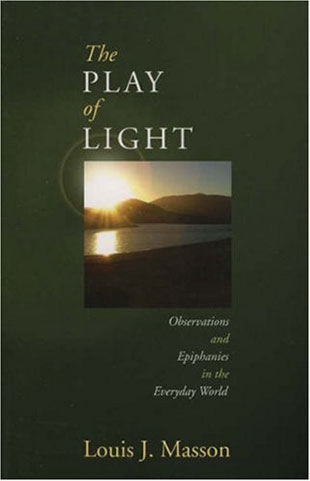