Let Go, Move On Between Ignorance and Enlightenment (V)

Venerable Master Hsing Yun is the founder of Fo Guang Shan, an order of Buddhists dedicated to the promotion of Humanistic Buddhism, which seeks to make Buddhism useful and relevant to today's spiritual seekers. The author has written many books including Opening the Mind's Eye. This collection of 80 essays from his daily column in Merit Times has been translated by Venerable Miao Hsi and Cherry Lai. There are pieces on maintaining a calm mind and even temperament, practicing humility and courtesy, getting along with others, open-mindedness, contentment, giving up prejudice, and dealing with the public and private issues of morality.

Hsing Yun always includes a teaching story or two. Here is one we particularly enjoyed:

"There is a parable about a follower of the Buddha named Devadatta. He was a ruffian who had committed all sorts of evil deeds. One day, while he was walking, he almost stepped on a spider. However, a sudden thought of compassion arose in his mind, and instead of stepping on the spider, he took a big step and walked over it without harming it. Later, due to his unwholesome karma, he was reborn into hell, but because of his one thought of compassion he was liberated from hell and from further suffering. Devadatta's single thought of compassion is an illustration of magnanimity!"

And here is a more contemporary one, illustrating the spiritual practice of gratitude:

"Why should we show filial piety towards our parents? Because they have toiled and suffered on our behalf. Why should we give to schools, hospitals, and fire departments? Because they have taught us, saved us, and protected us. Without them, we would not have the knowledge, medical treatment or a sense of security. Appreciation and charitable donations are indeed acts of gratitude.

"A very wealthy man once gave a party to celebrate the completion of his new mansion. He asked the workers to sit at the head of the table and relegated his children to another area. No one could understand the seating arrangement, so the guests asked the wealthy man for an explanation. He explained, 'The workers are the ones who built the house, so we should be thankful and not forget their hard work. However, my children are the future sellers of the estate, so they do not deserve a seat at the head table.' "

Hsing Yun notes that jealousy is a common problem, putting us in a constant state of misery and revealing how difficult it is for us to take pleasure in another's success or good fortune. By opening up our hearts to those around us we can move beyond a life of measuring wins and losses. He advises that we give up this "double-edged knife." He also presents some incisive observations on looking upon others with compassion rather than with the eyes of judgment. 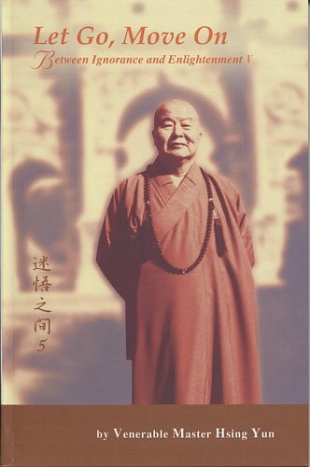