Beyond Prisons A New Interfaith Paradigm for Our Failed Prison System

The jail population in America is growing enormously — from 330,000 in 1972 to 2.1 million in 2001. The rate of imprisonment (number of prisoners per 100,000 population) in the United States is five to ten times higher than that of most industrialized nations. The price tag for all this is $60 billion a year.

In this hard-hitting and ethically-provocative work, Laura Magnani and Harmon L. Wray present a different approach. She is Assistant Regional Director for Justice for the American Friends Service Committee in Oakland, and he is Director of the Vanderbilt Program in Faith and Criminal Justice. This paperback is the American Friends Service Committee's Criminal Justice Task Force Report. It is highly critical of a system that "breeds more violence, more racism, deeper hatreds. It makes people less able to participate in the economic system, to fully function on the outside, or to develop healthy relationships."

Magnani and Wray examine what they call "a national culture of punishment" which distrusts prisoners and eschews the notions of redemption and rehabilitation which were once the founding principles of prisons. They are upset over the cutback in programs such as higher education, intensive drug treatment, family reunification, and vocational training. And they are critical of the growing privatization of prisons and their diminished accountability to the public. In chapters on the dynamics of crime and punishment; the penal system in our backyards; sentencing; state and federal prisons today; youth, poverty, and delinquency; an alternative vision of justice; and searching for a new justice paradigm; we are given an in-depth overview of the flaws of the adversarial criminal justice system which "deals most harshly with those already victimized by basic social, economic, and political injustices."

The authors present AFSC's Twelve-Point Plan: penal abolition, decriminalization, elimination of solitary confinement, work inside as long as necessary, citizen review, prisoner's bill of rights, rights upon release, amend the Thirteenth Amendment of the U.S. Constitution, implementation of international law, let children be children, reclaiming families and communities, and campaign for reparations. Magnani and Wray bring the spiritual resources of Quakerism, Buddhism, Christianity, and indigenous cultures to bear on the problems of violence, revenge, racism, classism, and rampant injustice. Restorative/
transformative models of justice can work since they bring healing, wholeness, and forgiveness to the whole community.

The AFSC operates on the principle: "Let Us See What Love Can Do," and this book makes clear that operating from a mystical awareness of our unity with others is the best way to deal with crime in America. 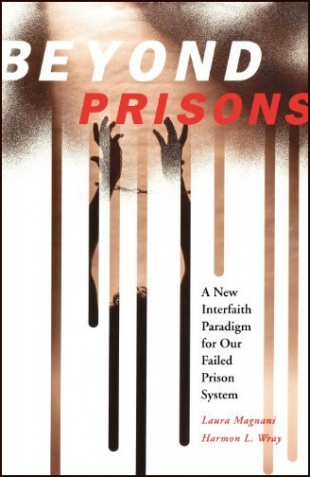