Centuries of Holiness Ancient Spirituality Refracted for a Postmodern Age

By Richard Valantasis
An ambitious and soul-stretching collection of 100 essays relating the early wisdom of the Eastern Church to the complexities of the postmodern world.

"I know that there is in each person an ultimate yearning for holiness," writes Richard Valantasis, an Episcopal priest for 30 years who was raised in the Greek Orthodox tradition. "It may be called by any number of different terms today," he continues, "but the ancient spiritual masters in Eastern Christianity were certain about how to name it. The ancient theological tradition called it 'divinization,' a troublesome term intended to articulate the capacity of every person to become holy, godlike, attuned to God, and united to the divine in every aspect of being. The yearning is for divinization, that is, a personal holiness that unites every aspect of human existence, a social holiness that sanctifies every relationship, and a cosmic holiness that finds God gloriously revealed in the physical universe." In addition to his activities as a parish priest and spiritual director, Valantasis is Professor of New Testament and Christian Origins at Iliff School of Theology.

In this ambitious and spiritually resonant work, he has gathered together a 100 short essays to serve as catalysts to the enrichment of our spiritual lives. Valentasis has borrowed this construct from the Desert Father Evagrios Pontikos who offered a "century" of spiritual texts for the edification of others. The wisdom of ancient spiritual teachers is used to shed light on the realities of a postmodern world.

Among the subjects covered in these essays are sanctification, discernment, ennui, habitual prayer, living in the present, hindrances, the Divine Mystery, passions, aridity, illumination, world and self, prayer beyond words, and much more. This is a veritable treasure trove of writings on asceticism and its relevance to the contemporary scene. And there's also an appendix with a suggested pattern of reading these essays for various seasons of the church year or during a retreat.

Valentasis has rendered us all a great service by amassing this impressive array of material on spiritual growth and human development. He makes it clear how the treasures of Eastern Christianity can be used to deepen traditional Western Christianity. Best of all, he does a remarkable job in clarifying the spiritual practice of divinization. Here is an example of that:

"Divinization is a complex, changeable, mysterious, and comprehensive phenomenon. Gathering the energies and incremental motions toward personal divinization, as well as the intentional and devoted work of communities seeking to manifest the divine presence in life and labor, divinization embraces more and more human individual and corporate effort in order to transfigure it into the divine itself. Divinization embraces the disparate and conflicting, as well as the cohesive and harmonious. Divinization embraces the religious and the doggedly nonreligious, the political and the social, the powerful and the weak, the rich and the poor, and even the believers in various faiths who seem continually to be at war with one another. The divine, who gathers and embraces all these fragmentary and momentary efforts toward complete union and participation with the divine presence, seems ever just beyond comprehension and understanding. Divinization in that sense is a mystery, a mysterious unfolding of a divine plan for restoration that confounds human efforts at categorizing and rationalizing and yet calls for the most creative and intentional use of human skills at categorizing and thinking." 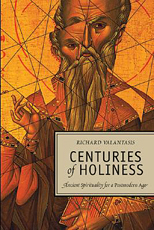