By Wes "Scoop" Nisker
Challenges us to exercise our awe muscles and come alive to the many wonders of our evolving planet.

There's a planetary crisis on our watch, and we can either throw up our hands in despair and give up or do something positive about it. Eco-activist Joanna Macy reframes the situation for us: "Rejoice! Opportunities to become a bodhisattva (a Buddhist saint of compassion) are extremely plentiful right now!" She is right and Wes "Scoop" Nisker, a journalist and Buddhist meditator, has some more crazy wisdom to dispense.

We have used our imagination to come up with new bombs and other destructive devices and now we need what he calls "a big slowdown." That will give us a chance to take a look at the big picture — evolution. Nisker shares a new creation story built on a refreshing sense of "the mystery and the majesty of things." It enables us to see that we are one with all things and growing old together.

One of the reasons we are in big trouble right now is that we have given too much credence to our analyzing, judging, segregating, self-conscious, thinking minds. Nisker says he has spent one-half of his life doing this and the second half sitting on his cushion learning how to ignore his thinking. Now in his mid-60s, the author wants to celebrate foolishness and humility. He is no longer willing to ignore aging and the decline of his body.

Nisker is a great believer in meditation. Here is part of a poetic and provocative tribute he writes to this spiritual practice:

Whether writing about DNA, earth days, the body's liquid content, or past and future lives, Nisker wants us to exercise what he calls our "awe muscle":

"One of the best things about being human is to be able to wonder at ourselves and the world, and be stunned into silence by the unknowable mystery. This can happen when you walk into a forest, or first arrive at the mountaintop and see the vista, or step inside of certain cathedrals, or hear a great orchestra, or see a mega-city unfolding below your approaching airplane. It is the experience of what Buddhists call 'suchness' when you are no longer analyzing and judging the world through your self-filter, and suddenly everything appears in its full-blown strangeness, beyond comprehension yet touching an emotional core.

"As a part-time advisor to the king, Lao Tzu says, 'When the people lack a sense of awe, there will be trouble in the empire.' That is one reason we should cultivate wonder whenever possible, and learn to drink deeply at the fountain of amazement. We might then become less insistent on rearranging the world: we won't need to consume so much in our endless search for satisfaction." 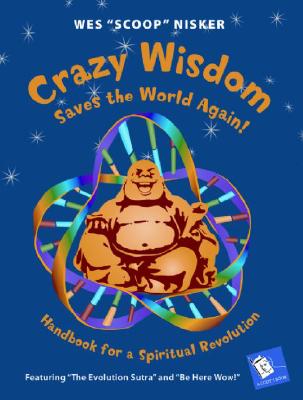