By Norman Fischer
Uses the Odyssean journey home as a means of exploring our spiritual destiny and fulfillment.

Norman Fischer is one of the most well-known Zen teachers in the United States, as well as a published poet and former abbot of the San Francisco Zen Center. He gives frequent talks on creativity and interfaith issues, as well as conflict resolution and meditation. In this ambitious work, Fischer uses Homer's tale about the Odyssean journey home to Ithaca as a guide to our own spiritual destiny and fulfillment. He believes that this Greek story is rich with metaphors of the inner life.

Following the end of the 10-ear war with Troy, Odysseus is set to return home where his wife and son await him. Fischer has divided this book into sections on "Setting Forth," "Disaster," and "Return." He covers many subjects, all also related to a spiritual journey, including the paradox of return, waiting, practice with the body, being nobody, the land of the dead, the siren call, revealing yourself, love's risk, forgiveness, and peace.

We like what Fischer has to say about repetition. One of the challenges of the spiritual life is to repeat practices over and over. It is our tendency to grow tired and impatient with this process, wanting novelty instead. But the author reminds us that "each moment in the ever-repeated pattern is, by virtue of the repetition, always new; whatever comes back around again in the great cycle of things is always fresh."

In another interesting passage, Fischer uses the term murmuring to refer to the complaining of the children of Israel in the wilderness. Benedict, the great saint whose fourth-century Rule is observed in many Christian monasteries to this day, also advised people to guard against this tendency to carp and criticize the state of things. It is far better, notes the author, to accept "all that is messy, inexact, troublesome, and uncontrollable in human life."

Near the end of the book, Fischer writes about the need to practice the "hygienic discipline of forgiveness." But then he points out how difficult it is to do this since it involves feelings that are unpleasant and difficult. He concludes:

"Our pain is ultimately caused neither by ourselves nor by others: it is simply built into our nature, into life's nature. Because we are living, feeling human beings in a difficult world, we have pain in our hearts, regardless of what happens or doesn't happen. To practice ultimate forgiveness you have to feel this pain all the way to its core. You've been hurt, it's true. Someone has done this to you or you have done it to yourself. But the ultimate cause of the hurt isn't self or other; these are only incidental causes. Hurt is a built-in condition of being alive. If you can get to that level of experiencing the pain of having been hurt (or having hurt another, which is really the same thing: victim and oppressor are always locked in the embrace of pain, they require each other), then forgiving follows naturally because you see that we are all in this together. Knowing this, we can forgive another person, we can forgive ourselves, we can forgive the world, we can forgive God. Forgiving, we are forgiven." 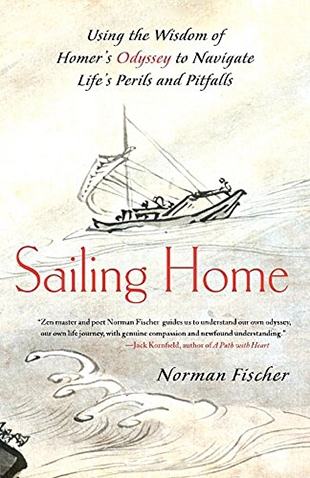