By John H. Berthrong
A call to a multifaith approach with conscious use of religious ideas, practices, symbols, prayers, and sensibilities.

"It is time to grow up. Christians need a positive view of people of other faiths; and if that were not enough, we also must come to terms with the crossing of religious boundaries that defines modern religious life," writes John H. Berthrong, associate dean of the Boston University School of Theology. New Islamic centers, Hindu shrines, and Buddhist temples are springing up all across America. And more and more Christians have practices, meditations, and marriages derived from other world religions. We are not alone, notes Berthrong, in God's economy of salvation.

The next wave of spirituality is multiple religious participation (MRPing). This is "the conscious use of religious ideas, practices, symbols, meditations, prayers, chants, and sensibilities derived from one tradition by a member of another community of faith for their own personal uses." An example is the Catholic use of the rosary that was introduced to the West by Muslims who got the idea of prayer beads from the Buddhists.

Christians in the twenty-first century would do well to follow in the spirit of Dr. Martin Luther King, Jr., who adopted Gandhi's Hindu spirituality to the problem of racism in the United States. A similar multifaith approach is needed to deal with the global ecological crisis. Berthrong writes about other challenges that must be addressed including interfaith marriage and the practice of spiritual regret ("even though we have grown to understand another religion, it is not our ultimate spiritual home").

The author concludes by comparing multiple religious participation to adding new programs to a computer. Christians who do this are enriching and renewing the faith — not replacing it. Learning new spiritual arts from Buddhism, Hinduism, Judaism, Taoism, Islam, and the primal religions is the wave of the future. This pioneering work is part of the Orbis Faith Meets Faith series. 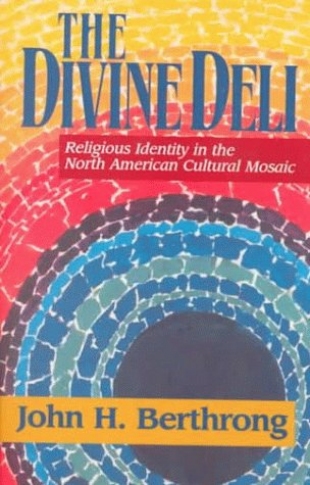