Into the Depths A Journey of Loss and Vocation

By Mary Margaret Funk
A spiritual memoir by a Benedictine nun about the faith, courage, and surrender to grace after a trauma.

After growing up as a devout Catholic child, Mary Margaret Funk entered an Indiana convent when she was 17. Her zeal to follow God and to serve others as a Benedictine nun brought her to this vocation. In this spiritual memoir, she describes her long faith journey through different positions.

Early on, while teaching at St. Barnabas School in Indianapolis, she is felled by depression. She spends some time in a psychiatric hospital in Missouri. She returns to work and study only to suffer another breakdown. Then, Sister Gilchrist, a friend, invites her to serve in Bolivia. Funk spends some time trying to discern whether or not she was being called to missionary life in such a strange and faraway place. In January 1984, she flies to Bolivia and a new life.

The work with the indigenous poor people proves to be very taxing but Funk uses her skills as a planner to save the day in a desperate time. Then on the night of January 21, 1984 she is caught in a flash flood in which four people die including Sister Gilchrist. In her helplessness, fear, and pain, Funk throws herself on God's mercy. She feels as if all the Psalms she learned by heart "were pouring out from the very marrow of my being."

Back in the United States, she becomes the executive director of the Monastic Interreligious Dialogue. But inwardly Funk is troubled by survivor's guilt and panic attacks stemming from the trauma of almost drowning. The Psalms remain her lifeline; she refers to them as "an extraordinary gift, as fresh and alive to me as they were twenty-five years ago."

This spiritual memoir conveys the faith and courage of Mary Margaret Funk in the face of a grave trauma. She is profiled as a Living Spiritual Teacher at Spirituality & Practice and can be reached at her website www.megfunk.com. 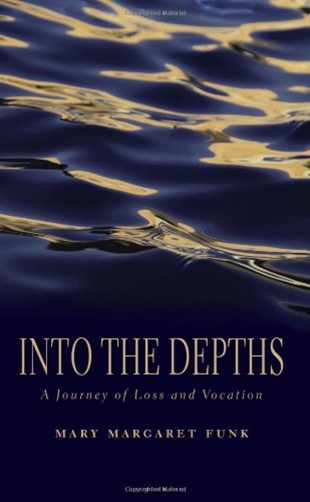