Essence of the Dhammapada The Buddha's Call to Nirvana

By Eknath Easwaran
A top-drawer translation and commentary by the Indian sage.

Eknath Easwaran (1910-1999) grew up in India and had a knowledge of both Sanskrit and Pali. He became a professor of English literature before settling in the West, where he taught the Indian spiritual classics and meditation for more forty years. His translation of The Dhammapada is the favorite of religion teachers Huston Smith and Philip Novak who have said: "his Indian heritage, literary gifts, and spiritual sensibilities here produce a sublime rendering of the words of Buddha. Verse after verse shimmers with quiet, confident authority."

This paperback has been produced by Eknath Easwaran's senior editors, longtime students who worked closely with him since his first book in 1970 and were charged by him with continuing to compile his books from transcripts of his talks after his passing. Essence of the Dhammapada is the second of those posthumous projects to be published.

Easwaran calls The Dhammapada a spiritual handbook. We are all moving towards nirvana, which the Buddha describes as crossing the river of life. The challenge is to accept the impermanence and change going on all around us. We also seek to put an end to our suffering: the gift that will help us is the Noble Eightfold Path. Sustained enthusiasm is needed as fuel for this spiritual journey to nirvana.

Training the mind is an important facet of the journey. Vigilance is needed to push back anger, impatience, distraction, and cravings. The Buddha says: "Give up anger, give up pride, and free yourself from worldly bondage. No sorrow can befall those who never try to possess people and things as their own." Travel light; let go of that which you no longer need.

And, finally the Buddha counsels us: "Be vigilant; guard your mind against negative thoughts. Pull yourself out of bad ways as an elephant raises itself out of the mud." What a playful and vivid image: an elephant trying to lift himself out of mud. It is often that difficult not to surrender to negativity. But if we are diligent and brave, we can pull ourselves out of trouble and cross the river to nirvana! 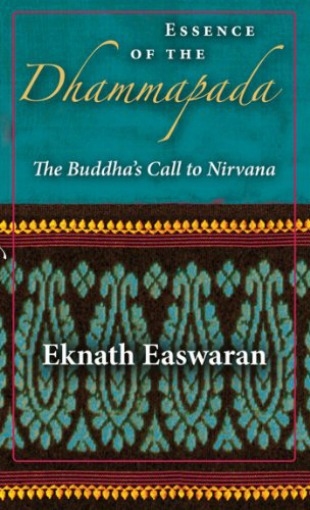