The Life and Teachings of Hillel

By Yitzhak Buxbaum
A summing up of the teachings of a revered Jewish sage.

Although Hillel is viewed by many Jews as one of the great rabbis, only a few stories and sayings come to mind when they talk about him. There is his story of the gentile asking him to teach him the entire Torah while standing on one foot; Hillel replied, "What is hateful to you, do not do to your neighbor." Another famous saying is: "If I am not for myself, who will be for me, and if I am for myself alone, who am I?" Yitzhak Buxbaum claims this book is not meant to be a biography of the Jewish sage but rather a resource to pass on his teachings.

Hillel was born in Babylonia in the early part of the first century. He was a poor man but very rich in his reverence and knowledge of Torah. He is remembered as a master of biblical commentary and an interpreter of Jewish tradition.

Hillel taught that the whole Torah is summed up in the Golden Rule. He seems almost Confucian in his emphasis on not judging people, receiving all men with a cheerful countenance, doing what others want and nullifying one's own will, and giving freely without expecting anything in return. Buxbaum sums up Hillel's legacy by noting his "ability to fuse into one graceful whole the two halves of the Jewish tradition — the way of the sage and the way of the Hasid." 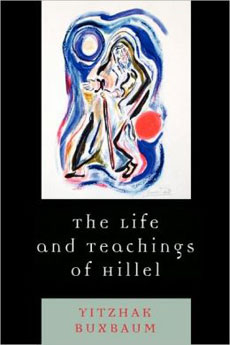