By Phil Zuckerman
A chart of the sea change brought on by the "nones", now the fastest religious orientation in the United States.

Phil Zuckerman is a professor of sociology at Pitzer College in Claremont, California. He is the author of Faith No More and Society without God. In 2011, Zuckerman founded an interdisciplinary Department of Secular Studies at Pitzer College, the first in the nation.

A great sea change is taking place in the United States. More than a third of Americans aged 18 - 29 now claim to be nonreligious. In the early 1970s, only 9% percent of Americans said that they never attended religious services; today nearly 25% say as much. The "nones" (those who would choose "none of the above" from a list of religious affiliations) has increased by 200% over the last 25 years, making it fastest growing "religious" orientation in the country. In order to chart this sea change, Zuckerman has done extensive interviews with nonreligious people and come up with some very interesting insights into their habits, beliefs, and understandings of the world.

These interviewees are a diverse lot but share certain key traits and values such as self-reliance, freedom of thought, and intellectual inquiry. They cultivate autonomy in their children, pursue the truth, base morality on the empathetic reciprocity embedded in the Golden Rule, accept the inevitability of death, and navigate life with a sober pragmatism grounded in this world.

When it comes to such issues such as torture, war, and the welfare of animals, secular men and women walk their talk and are willing to dedicate their time and energies to causes that matter to them. What has led to this wave of secularism? Zuckerman points to a backlash to the religious right, the shock and anger against the Catholic Church's pedophile priest scandal, the increase of women in the paid labor force, and the greater acceptance of homosexuality.

Although some "nones" are critical of Sunday School classes for children, others have made their homes into learning centers so their kids can discover a secular morality that is relevant to the times in which we live. Thanks to the treasure-trove of resources available to parents, secular families can purchase books and try spiritual practices together as well as building family life with meaningful rituals.

In the most alluring chapter in the book, Zuckerman outlines "Aweism," with ample illustrations of the many ways in which secularists can savor the same elation, exhilaration, and goose-bumps of awesome experiences that believers in God relish.

With its refreshing lack of polemic, Living the Secular Life will do much to open the eyes of those who cling to ignorant attitudes toward atheists, agnostics and other nonreligious people. As professor Jacques Berlinerblau has sadly observed: "Nonbelief is, and always has been, treated with contempt in the American public square." More books like this one may lessen this lamentable state of affairs. 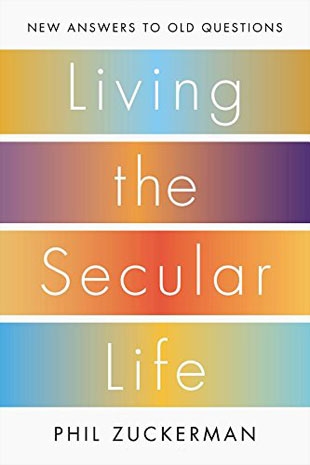