The Zimzum of Love A New Way of Understanding Marriage

By Kristen Bell, Rob Bell
A Christian couple's understanding of the flow of energy in a marriage in a space where they can thrive.

Rob Bell is a bestselling author, international teacher, and speaker; Kristen Bell is trained as an occupational therapist and co-founded the Mars Hill Church in Grand Rapids, Michigan, and runs 2Day leadership events. They live with their three children in Southern California. Visit them online at www.robbell.com.

Using their own experiences and stick drawings, this young Christian couple set out to define a new way of understanding marriage. The institution is under fire on all fronts as more and more couples give up on this kind of relationship. The Bells are awed at the union of two people who can remain in love, open, and committed to each other:

"There is something about marriage — something about the potential, the promise, and the possibilities of creating a life together — something so powerful and compelling and alluring that despite all the pain marriage has caused over the years, people are still looking for that one person — and still getting married."

Rob and Kristin met and were friends for four years before getting hitched. Now after 20 years, they marvel at the ways in which they have created a space where they both can thrive. They call this milieu Zimzum — "a Hebrew word used in the rabbinic tradition to talk about the creation of the world." They use it to describe the four aspects of the flow of energy in a marriage.

Number one: the space between husband and wife is incredibly responsive. Since this so emotional, couples insist on getting rid of scorecards to keep tabs on the flaws, foibles, and criticism of the other. The Bells have discovered that nothing transforms the space between them more than sacrifice.

Number Two: the creative space between husband and wife is dynamic because it is always changing. Marriage is a conversation that never ends, according to the authors. There will always be fights but they must be fair and end with apologies.

Number three: the space between you is exclusive because it exists nowhere else in this planet of seven billion people. Here the emphasis is on not sharing everything that goes on between you with others. You have chosen this person and need to devote all the time and energy you can in deepening and enriching this relationship above all others.

Number four: the space between you is sacred. Here the fact that you are loving, forgiving, and faithful means that there is an abundance of spiritual energy for you to harness together. 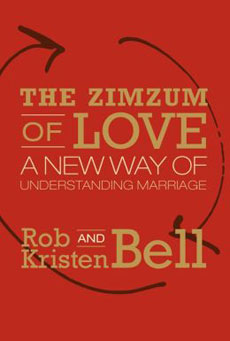