Striking Beauty A Philosophical Look at the Asian Martial Arts

By Barry Allen
An elegant book on the beauty and philosophy of the martial arts.

Most of what a lot of us know about the martial arts comes from watching kung fu movies. They are steeped in violence and focused on how to destroy an opponent's ability to fight. In this philosophical tome, Barry Allen, professor of philosophy at McMaster's University, heralds other skills of masters of Asian martial arts: agility, control of the body's power, and ease in motion. There is a striking beauty to these sports.

Allen describes some of the benefits of martial arts training for young and old alike:

The sum of these benefits is worthwhile work on the self. According to the author, martial arts can form a part of religious practice, especially Zen Buddhism. Equally important, they can put an end to violence. "We practice fighting," Robert W. Smith says, "so that we don't have to fight. If there is a secret in these arts, it is that."

Allen has written an elegant book on the martial arts revealing both their beauty and meaning. 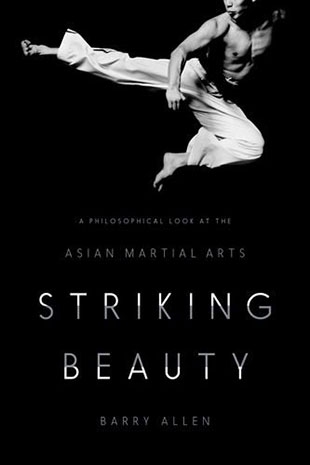