By Os Guinness
Vim and vigor from an Evangelical Christian on freedom.

"Nothing except love and justice fires the human heart like freedom. But the glorious and seemingly irresistible blaze of freedom has left in its wake a trail of burnt-out ideals," writes Os Guinness. He was born in China and educated in England. Guinness has been a visiting fellow at the Brookings Institution and a senior fellow at the EastWest Institute. A frequent speaker, he is a passionate advocate of freedom of religion and conscience for people of all faiths and none. He is the author of more than 30 books.

Guinness is convinced that America is in the midst of the gravest crisis since the Civil War:

In order to deal with a nation rent asunder by different views of freedom, consumerism, war, disease and environmental degradation, Guinness presents ten questions as a pathway to lead to the renewal of America's covenant with freedom. Here are some of the questions the reader is asked to answer:

In addressing these deep queries, Guinness's Evangelical Christian perspective moves front and center as he attacks secularization, non-Western religion, and the dangerous kind of freedom cheered in the French revolution. Those looking for a bit of vim and vigor in political talk are sure to find just what they need here in this blend of politics and religion. 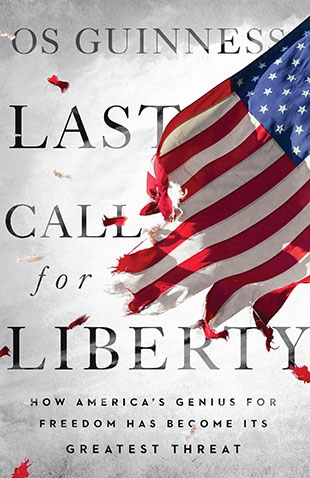