A Taste for Travel An Anthology

John Julius Norwich, a historian and travel writer, notes in the introduction to this volume:

"Travel, as we all know, is not just a matter of sightseeing, of playing a vast, global game of Happy Families until every country, natural wonder, and ancient monument can be ticked off on the list; it carries its own excitement, and its own satisfaction."

In a playful and jaunty style, Norwich shares essays from Homer to Paul Theroux with pieces arranged according to aspects of travel such as Departures, First Impressions, Hardships, Customs of the Country, First Impressions, and Euphoria. Writers include Chaucer, Evelyn Waugh, Freya Stark, Mark Twain, Bruce Chatwin, and Henry James. This top-drawer anthology on travel is a real gem. 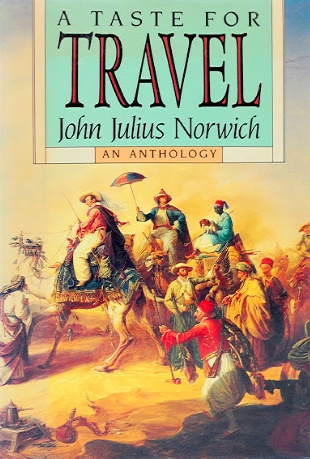