Wicca A Modern Guide to Witchcraft and Magick

By Harmony Nice
An accessible overview of the beliefs and practices of the Wicca spiritual path.

A 2014 Pew Research Center Report found that the United States adult population of pagans and Wiccans was about 730,000, more than the number of Presbyterians and on a par with the number of Unitarians.

Paganism and witchcraft have been around for centuries. Regarded as outside the culturally accepted religions, witches were often persecuted for their work in healing with plants. In colonial America, more than 200 people were accused and 19 were hanged in Salem, Massachusetts in 1692 – 1693. But both cultural and religious acceptance has shifted recently, and witchcraft and magick as spiritual paths are growing.

Harmony Nice is a young woman from Norfolk in the United Kingdom who discovered this path at the age of 17 and was happy to find out that her grandmother was also a witch. Nice started a YouTube channel in 2013, which now has 635,000 subscribers. She uses it to teach what it means to be someone who follows pagan beliefs and practices witchcraft as part of her faith.

In this book, with a lively enthusiasm, Nice points out she uses the energy of the universe in her work with divination (tarot readings, rune stones, palmistry), future prediction, magick, vegetarianism, healing rituals, spells, potions, alchemy, herbalism, and more. She moves to describe 13 different Wiccan paths (see the excerpt for a summary of the practices of her own path, Green Wiccan). She covers different deities, meditation methods, and ways to practice self-care, creativity, and kindness. She even explains how you can create your own Book of Shadows.

Reading Wicca: A Modern Guide to Witchcraft & Magick, we sensed that this spiritual path is in a period of rebirth and renewal. More and more people are tapping into the mysteries and the powers of tarot, rituals, spells for health and protection, and altars. This book does what it was meant to do: it breaks down the walls that keep witches and their covens from telling their stories and sharing their practices. 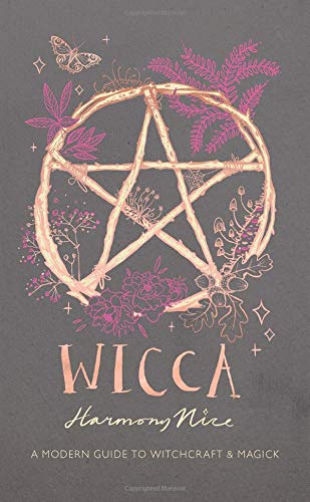 "Why Witchcraft Is on the Rise" by Bianca Bosker