By Melinda Lundquist Denton, Richard Flory
A report on the changing and varied ways young people relate to religion.

Sociologists Melinda Lundquist Denton, Associate Professor of Sociology at the University of Texas at San Antonio, and Richard Flory, Director of Research and Evaluation at the Center for Religion and Civic Culture at the University of Southern California, have spent ten years on the National Study of Youth and Religion in order to map the future of religion in America. This is the fourth and final book in the series which has compiled extensive surveys, statistics, and interviews with young men and women from their teenage years through the later stages of "emerging adulthood."

Although readers will find it hard-going slogging through all the interviews about the faith of these young people, there are some bright spots in chapters on "Transitions to Adult Life" and "Making Sense of It All" where Denton and Flory conclude that these Emergent Adults have turned away from organized religion and traditional churches. A smaller contingent, the Religiously Committed, cling to their faith in hard times.

The book's title derives from their conclusion that religion is like an app on a smartphone, accessible, easy to use, but for limited purposes. This study confirms what many of us already knew from looking at the statistics in the Pew surveys showing that more than 30% of this age group do not affiliate with any religion. 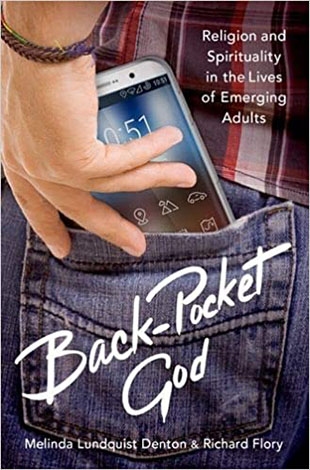