We Have Always Been Here A Queer Muslim Memoir

By Samra Habib
Powerful memoir of a queer Muslim woman who dares to imagine a beautiful life.

Samra Habib was born into a traditional Muslim family in Lahore, Pakistan. As a child she remembers, “I’d only ever been surrounded by women who didn’t have the blueprint for claiming their lives.” Her own mother had been assigned a new name, without consultation, by her father. “He had decided that Yasmin would be a more suitable and elegant name for his wife than Frida. It was one of the first signs that her identity was disposable.”

“Allah hates the loud laughter of women!” her father bellowed at her once, when she was a child playing.

This is Samra’s story of claiming her life and identity as her own. She builds it, beginning when her family arrives in Canada as refugees. After many travails and discoveries, including an arranged marriage, then a divorce, she comes out as queer and begins to build a new life. She is still a young woman, and by the book’s conclusion there is the sense that she’s very much still in the process of building.

We Have Always Been Here is also a memoir about religious difference — not only of Habib’s being Muslim in Canada, where Muslims make up only three percent of the population — but of being part of a small sect within a dominant religious tradition. Habib’s family was Ahmadi Muslim in Pakistan. The Ahmadiyya Movement takes its name from their founder, a Muslim reformer, who in the late nineteenth century proclaimed himself the messiah and preached non-violence and tolerance of other faiths as a way of returning to the original intentions of the Prophet Muhammad. Ahmadis are routinely assaulted in Pakistan. “Stories of Ahmadi businesses being set ablaze and Ahmadi mosques being besieged by gunmen are sadly common,” Habib writes. “A cousin of mine narrowly avoided getting killed when Sunni extremists barged into a mosque during Friday prayer and opened fire.” Her family immigrated to Canada on the grounds of religious persecution.

We think you’ll find this book inspiring for your own path. 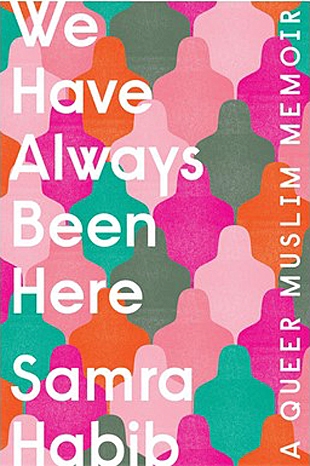