By Murray Bodo
A book to explain devotion to Mary and to make that devotion available and accessible.

We are grateful to have another book from this prolific teacher of Franciscan spirituality. We have reviewed several works by Father Murray over the years, including a three-hour audio workshop on the spirituality of Saint Francis.

This time, Father Murray turns his attention to a lesser-known aspect of Franciscan tradition: devotion to the Virgin Mary.

Then, Father Murray’s trademark creativity takes over, as the opening informational chapter is followed by a series of meditations, each taking as a starting point one of the stories from the Gospels. They read more like short stories than mini-sermons, and they are lovely and moving. One, “John’s Vision,” begins: “John realizes she is not just a tool, a means for God to become human. She is herself a feminine force in the cosmos of his visions, a complementarity whose presence will reveal itself more and more once Mary lies down with her forefathers and foremothers in death.”

Next, are original poems by Father Murray. His devoted readers will know his poetry from other books. One called "Winter" was our favorite:

"Mary of Nazareth,
like snow falling
swiftly,
secretly
upon the passive earth,
you cover us
with white warmth,
burrowing under your drifts,
bear-like
in our hibernation
from the heart’s stormy season."

These are followed by theological reflections on themes of Mary, which will be helpful to readers who are not Roman Catholic but would like to understand these aspects of Roman Catholic thinking (see the excerpt accompanying this review for a sample); then a short collection of essential Marian prayers, starting with the “Hail Mary” and including two by Saint Francis of Assisi. 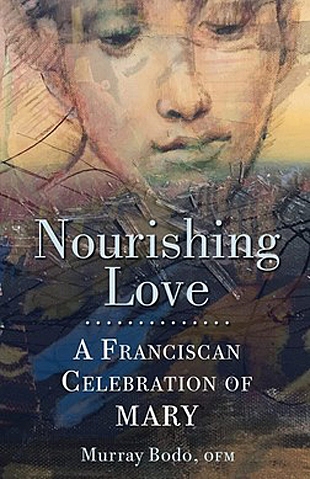