The Darkness Divine A Loving Challenge to My Faith

By Kristen L. Harper
A challenge to white-centric people to see the world and God in their beautiful blackness and brownness.

The chapter titles tell much of the story, here. For example, (1) Say It Loud, “I’m Black and I’m Proud!” (3) I Found God Inside Myself – and She’s Black (7) Identity Politics and Oppressive Language (9) The Greatest Trick: Internalized Oppression.

Kristen L. Harper, minister of the Unitarian Church of Barnstable, Massachusetts and a Black woman has identified white liberal racism in her denomination and set out to address it. She addresses the people of her denomination first but also reaches beyond to touch white liberals everywhere who, in her words, “believe that the problem is ‘out there’ with other people, and not within their own doors or hearts.”

Harper combines poetry and prose in equal measure to address “the white supremacy in which we find ourselves” and to create “a new way to relate to the darkness, blackness, and brownness that surrounds us.”

This review is only quoting from the prose portions of the book, but see the excerpt for one of her fine poems for vision and justice, “Creation in the Darkness.”

Harper identifies as a “spiritual humanist” whose understanding of God is “the energetic force of love and creation … within us and around us, connecting and empowering us as we move toward one another and through the world.” So, for her, that which is God is at work most essentially in how we relate to one another.

In chapter 2, A Theology of Darkness, Harper illuminates issues of race, divinity, and meaning that have been occupying many of us for many years. There is a force to her writing that is compelling. She covers historical ground quickly and helpfully:

“Sometime in the 1300s, black became associated with sin and sorrow in English-speaking countries. By the mid-1400s, when the Doctrine of Discovery was first legitimized and the colonization of African nations encouraged, black was used to mean ‘terrible, wicked, without moral or spiritual light.’ ” Then, two pages later: “On August 25, 1619, the White Lion docked at Point Comfort (now known as Fort Monroe National Monument) in Hampton, Virginia, packed with Black bodies — the first recorded arrival of enslaved Africans in America.”

She powerfully addresses the assumptions we make about darkness, and how these impact our way of being in the world, whether we realize it or not:

“We are taught to fear the dark — that all the monsters and demons come out in the dark. But those who hurt others under the guise of ‘battling monsters’ do so as much in the daylight as in the night. The light does not hide war, famine, abuse, greed, torture, or any other kind of violence. Light does not hide our sadness or depression, our loneliness or our despair. Darkness may even be a salve to the intensity of the light.”

Questions for discussion, and exercises — such as, “As you go about your week, seek positive black, brown, and dark imagery, and record it in a journal” — appear at the end of each chapter, encouraging readers, alone or in groups, to take their discovery deeper. 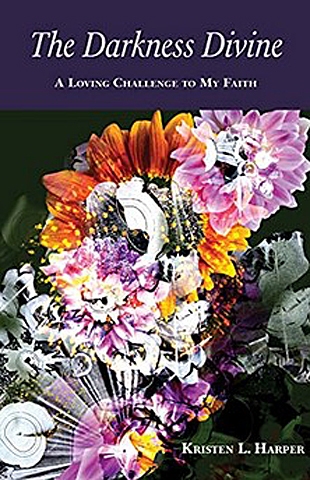