The Armenian-born mystic and philosopher, George Gurdjieff, is still largely a mystery. He built his reputation, in fact, upon mystery, saying little to nothing about his first forty years in the East before he began to write and teach. Many thought his tutelage must have been Sufi. He himself said his work had roots in “esoteric Christianity.”

Author Joseph Azize is a priest in the Maronite Church, a branch of Eastern Catholicism with roots in Lebanon. In this book, Azize seeks to pass on some of the contemplative exercises that have impacted his life and the lives of other seekers with Gurdjieff as a guide.

Azize identifies his teacher’s religious perspective most of all with Theosophy, a late nineteenth and early twentieth century movement that was at its zenith of influence when Gurdjieff was emerging as an influence. Azize summarizes:

“Gurdjieff’s comments about religion are often akin to the approach of Theosophy, where certain religions and spiritual currents, such as Buddhism, Christianity, Hinduism, Islam, Judaism, and Neoplatonism, are accepted as being exoteric husks around an esoteric seed, although the exoteric circle may be oblivious even of the existence of the esoteric core.”

Gurdjieff told his students that he was exploring a “Fourth Way,” building upon the three ways he had previously mastered: the Fakir, the Monk, and the Yogi — titles for renunciate adepts in Sufi Islam, Catholicism, and the religions of India. The exercises Gurdjieff then created and taught were in some ways Zen-like: intended to startle a person into awareness, concentrated attention, and active consciousness. Gurdjieff also spoke of these exercises being able to help someone discover their soul.

A Gurdjieff contemplative exercise always speaks to the mind, the imagination, the feeling in one’s body and the senses generally. These are ways that people have, for a century now, sought to discover a direct experience of God or Being or Reality, however these are understood, theistically or non-theistically.

This book is not an easy read or an introductory work (as its price also demonstrates) but a valuable resource for those who know something of Gurdjieff already and want to go deeper by delving into such exercises. Nearly 100 pages of introduction are followed by 200 pages of contemplative exercises from Gurdjieff himself and then from his pupils since his death. They are exercises for breathing, for reasoning, for feeling, for continuity and discontinuity, for developing clear impressions, and more. See the excerpt accompanying this review for two short examples from among the eighty or so given in the book. 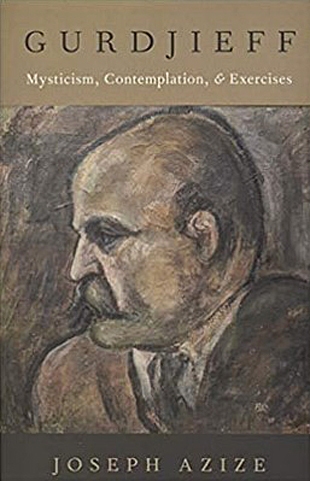