To Love This Earthly Life Pathways through Ecclesiastes

By Michael Casey
Learning to love the world like it matters.

If the Catholic monastic author, Michael Casey, is new to you, we encourage you to pause here. He’s written many books over several decades on a variety of spiritual topics. This one has as its subject the book of Ecclesiastes, known to most of us through The Byrds’ #1 hit in 1965, “Turn! Turn! Turn!” That song was written by the great Pete Seeger, who penned:

It comes almost straight out of the book of Ecclesiastes, chapter 3, from the Hebrew Bible. But what does it mean?

Michael Casey answers the question: “Make the most of your life as it is, because it is the only one you will ever have.” Okay, but how do we do that?

Again, Casey says, speaking specifically now to religious people — who might often pray or read their scriptures without practicing their faith in the world in ways that impact others: “If we cannot love the reality we see [the world around us], any love we profess toward what is unseen must be considered heretical.”

This faith-practicing should be done, according to those ways summarized from Ecclesiastes, in both “Hard Times” (chapter 5) and “Good Times” (chapter 6). In the chapter on “Hard Times,” Casey says: “To live life to the full, without being distracted by either past or future, involves a willingness to see whatever happens in the present as coming from the hand of God and, as a result, not wishing things to be otherwise. And, in dark days, not allowing the negativity of the moment engulf our underlying joy at being alive.”

There are some passages in the book that are tougher-going than these: for example, when Casey discusses the sources that make up the books of the Hebrew Bible, including Ecclesiastes, or when he offers the Hebrew words from the original text and discusses differences between translations. But most often, Casey’s book is for any reader with a desire to understand better one of the more quixotic portions of both the Jewish and Christian scriptures.

The final chapter, “Carpe Diem,” praises that familiar Latin phrase meaning “seize the day” by saying, among other things: “We can have no certainty about what is to happen next” and “Because everything is fleeting, we must afford it our undivided attention.” 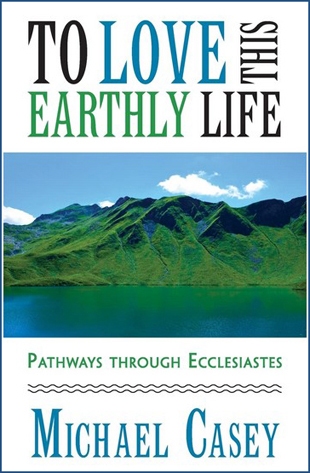