Madre The Nun Who Was Mother to the Orphans of Honduras

By Kathy Martin O’Neil
Inspiring story of a woman who changed the lives of thousands in Honduras.

This self-published book deserves a wide audience, as does its subject. Madre tells the largely unknown story of one extraordinary woman, Sister Maria Rosa Leggol (1926-2020), “the Mother Teresa of Honduras.”

Kathy Martin O’Neil first traveled to Honduras on a church “mission trip” in 2008, imagining that that visit would be her only one. Instead, she fell in love with the people, saw the enormous needs that were there, and committed to doing more than simply raising her consciousness. She wanted to be a part of real change in people’s lives. Thirty visits later, she has done that and now also written about it to inspire others.

She met Sister Maria Rosa, a Franciscan nun who spent a lifetime in a rough place using love to win “over violence, machismo, and poverty.” Her story begins as an orphan, but especially captivates the reader when, at age 39, in Tegucigalpa, “a Third World capital city sprawled slapdash across a wide bowl rimmed with jumbled green mountains,” this Catholic nun, “a hospital nurse with a fifth-grade education,” goes searching for the richest man in Honduras. She follows him to the airport, wanting him to sign a mortgage for the building of a home for at-risk children. He’s boarded his plane when Sister Maria Rosa runs onto the tarmac and stops it from taking off.

This tenacity resulted in the building of that home. Then another, until there were ten total to start. Like Mother Teresa, who worked among the poor in India, providing love and care where there were no social services or government programs to assist the people in need, Sister Maria Rosa did similarly in Honduras. She didn’t call them orphanages; that’s an institutional name, she believed. Instead, they were group homes with housemothers, where children would be raised as families with safety, education, healthcare, and love.

She filled that first home with children who had been living in prison cells with their incarcerated parents. She would go on to build schools as well and create vocational programs for when children turn into adults.

Unlike Mother Teresa, Sister Maria Rosa focused on building infrastructure from day one and took the “long view” of the lives of children she aimed to help. It was not enough to pick them up off the streets or remove them from prison cells; she set up programs aimed at teaching them to “change their stories” from destitution to responsibility, work, and mutual accountability. She wanted to change the course of endemic violence, poverty, and class struggle, offering hope and change so that her children — no longer poor — would one day be able to do for others what had been done for them. Several generations of children have grown up in the group homes and gone on to earn college degrees and learn trades.

This is how it can be said that this little nun “raised tens of thousands of children” in Honduras, and author Kathy Martin O’Neil tells the story very well, in both words and images (there are a couple dozen black-and-white photographs throughout the book).

The Honduran government honored Sister Maria Rosa with a postage stamp bearing her image in 1971; she often appeared on Honduran television; and she received at least one honorary degree (from Francis Xavier University in Nova Scotia); but her extraordinary story was new — and inspiring — to us. Sister Maria Rosa died of COVID-19 at the end of 2020. 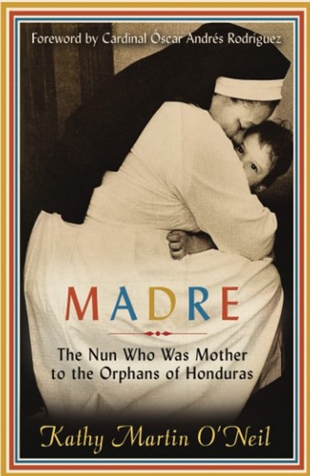