By Connie Zweig
A hard look at the abuse that can occur when disciples project their highest hopes on leaders, teachers, or gurus.

In this substantive follow-up to Romancing the Shadow (cowritten with Steve Wolf), Connie Zweig takes a hard look at holy longing and the spiritual abuse that can occur when disciples project their highest hopes on leaders, teachers, or gurus. Zweig believes holy longing is "the drive toward self-transcendence that fuels evolution in the physical, mental and spiritual worlds." Closely linked is erotic love or romantic adoration when the beloved is seen as a parent or a god. Zweig explores these elements and then provides four fascinating portraits of genuine holy longing as "the seed of the soul's desire": Sufi poet Rumi, Hindu seer Sri Ramakrishna, lovers Majnun and Layla, and Christian saint Catherine of Siena.

Zweig covers the dark side of holy longing. She delineates the problems that ensue when disciples give away their spiritual radiance, independent thinking, and ability to initiate action on their own. Spiritual abuse may come in the form of sex, money, or power, and these violations of trust usually are found in communities that have turned into cults. The perpetrators come from all the religious traditions. She names a few: Chogyam Trungpa Rinpoche, Swami Yogananda, Dr. Frederic Lenz, Richard Baker-Roshi, Osho, Amrit Desai, and others. Those who have suffered at the hands of these gurus must do shadow work to reclaim the lost parts of their psyche and spirit.

This book, originally titled Holy Longing, plumbs the depths of the widespread problem of spiritual abuse in a time when fundamentalism, which is prone to this kind of surrender of self to an authoritarian power, is on the rise in Christianity, Judaism, and Islam. 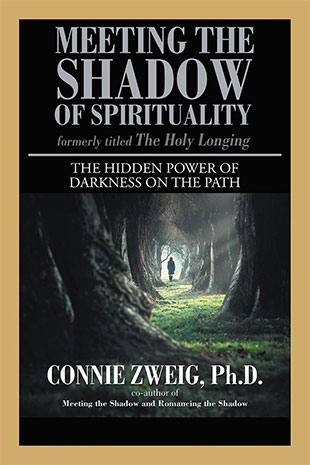