The Fasting Path The Way to Spiritual, Physical and Emotional Enlightenment

By Stephen Harrod Buhner
A rounded and fascinating look at a spiritual practice that is rarely discussed in contemporary circles.

Stephen Harrod Buhner is a master herbalist and psychotherapist. He is founder and senior researcher for the Foundation of Gaian Studies, an organization that researches and educates on the sacredness of the Earth, indigenous traditions and ceremonies, sacred plant medicine, and contemplative nature spirituality. His background makes him very qualified to write about the spiritual, physical and emotional dimensions of fasting.

In many indigenous cultures, food deprivation is an essential part of rituals at important transition points in life — adolescence, middle age, old age, and death. During vision quests, individuals spend time in the wilderness alone. As one indigenous person called Igjugarjuk put it: "All true wisdom is only to be learned far from the dwellings of men, out in the great solititudes." Buhner points out that this pattern of retreat to the natural world and engaging in fasting is also part of Judaism, Islam, Hinduism, Buddhism, Sufism, Taoism, and Christianity.

Many individuals are familiar with the use of water fasting to lose a large amount of weight or to deal with long-term chronic conditions, but this approach is also tailor-made for those seeking spiritual renewal. Buhner explains: "During deep fasting, what is called the rational mind is left behind for a time, and a different intelligence, located in the heart, is activated. During such fasts, reliance on two-dimensional sight begins to weaken, there is a thinning of the wall between us and all other things, and the organ of perception uniquely designed to perceive the sacred, the heart, begins to take on more and more importance. As deep fasts progress, as the veil between us and the spiritual world thins, the heart begins to perceive the hidden face of the sacred within everyday things."

One of the major surprises in this book is the author's enthusiastic and sophisticated examination of the major role of the heart, as known in the spiritual traditions, in fasting. Although most of us lose contact with the language of our hearts at ages four through six, this soulful connection can be reclaimed in fasting. As James Hillman has observed: "The heart brings us authentic tidings of invisible things."

Buhner discusses the changes that occur in the body during fasting, possible side effects, and some of the emotional issues that come to the surface such as survival, surrender, and trust. Fasting also forces us to deal with our bodies and the manifold meanings we give to food in our lives. The Fasting Path is a rounded and fascinating overview of this little discussed subject. 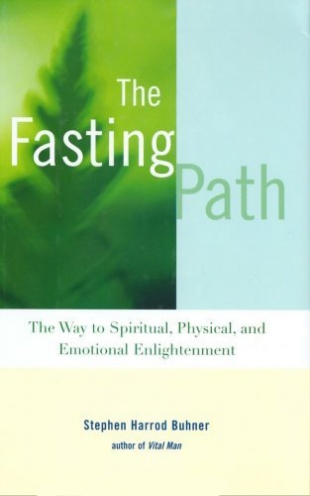