By Bradford Keeney, Jeffrey A. Kottler, Jon Carlson
Filled with amazing stories, meaningful rituals, and insights into the varied ways that the shamanistic practices of indigenous peoples can enrich our lives.

Here is a radical and out-of-the-box resource for people in the helping and healing fields. It is filled with amazing stories, meaningful rituals, and insights into the varied ways that shamanistic practices can enrich our lives and the lives of those who come to us for guidance and assistance. Jeffrey A. Kottler, Chair of the Counseling Department at California State University, Fullerton, and Jon Carlson, Distinguished Professor of Psychology and Counseling at Governors State University, University Park, Illinois present an engaging portrait of Bradford Keeney, Vice President of Cultural Affairs of the Ringing Rocks Foundation and Cultural Anthropologist at the Mental Research Institute. Keeney, a theorist and practitioner of systemic family therapy, left the academic world to become a leading spokesperson for indigenous healers. The editor of Utne Reader tipped his hat to Keeney, calling him an "all-American shaman, the Marco Polo of psychology, and an anthropologist of the spirit." We have reviewed his Everyday Soul: Awakening the Spirit in Daily Life and the Profiles of Healing series he edited.

Keeney is the first non-African to be inducted as a shaman in both the Kung Bushman and Zulu cultures. He is regarded as a powerful medicine man, a white "Big Doctor" who can shake and dance with the spirit for 12 consecutive hours. Keeney has been a spiritual advisor to many shamans, and his insights in this adventuresome work will appeal to educators, clergy, therapists, and healers of all stripes.

This shaman is convinced that people who are upset should not be told to calm down; rather, they should be encouraged to become more aroused. Keeney documents the natural ways in which indigenous peoples have danced away their troubles, shedding them not through talk but through movement. (See the excerpt for a Hasidic tale about the transformation that can come through dance.) To "shake with the spirits" is a technique that should be in the repertoire of all helpers and healers, along with singing, touching, and transcendent prayer.

Another tip is to put more emphasis upon the mystery of life over trying to understand everything. Kottler, Carlson, and Keeney correctly point out that people still fantasize that they can control their lives and find rational answers to their suffering. The shamans have another approach: "Mystery is that which you cannot understand. Mystery is, by definition, that which is beyond understanding. It cannot be held. And this is the posture favored by shamans around the world, who have great reverence and respect for such states. Rather than trying to clear up confusion and disorientation, they might be more inclined to encourage it." People who are in trouble take themselves too seriously, Keeney says, and any work with them should involve play and improvised activities. He gives examples of the trickster who shocks and surprises in an effort to open up others' minds and orient them in fresh directions.

The authors present a multidimensional overview of shamanism, healing as a sacred enterprise, and the importance of love and community in any movement toward wholeness. One of the many values of this enlightening work is to bring to the table the immensely undervalued insights and practices used by shamanic healers around the world. Helping and healing in our culture are run mostly by "guilds of the privileged and the upper middle-class." It is time to change this emphasis and to open our bodies, minds, and souls to the riches offered by indigenous peoples around the world. 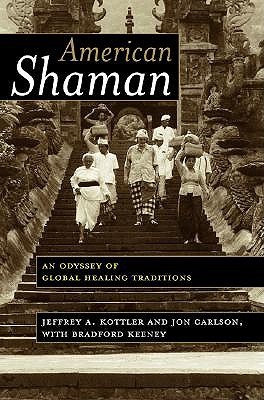