Lost in Wonder Rediscovering the Spiritual Art of Attentiveness

By Esther de Waal
A spiritual retreat for those yearning to see the world and themselves afresh.

Esther de Waal, a very popular spirituality writer, has created this volume as a retreat for those who want to see the world and themselves afresh. The book is divided into chapters on seeing with the inner eye, silence, attention, change, dark and light, mystery, gift, and epilogue. The author uses many quotations from early Christians, modern poets and contemplatives. Its core thought is this: "People often think that the basic command of religion is 'Do this!' or 'Don't do that!' It isn't. It's look and wonder! Learn to give attention to the world around you."

De Waal observes that the African people have a word, mzungu, that is used to describe white people whom they observe as always being restless, unable to sit for long, rushing around in circles, and moving from one thing to another. She would have us learn the arts of silence and long looking.

This description nicely conveys the attentiveness that is required here. She probes this topic deeper with poems by Thomas Merton and St. John of the Cross. Then, she goes a step further in a prayer:

The chapters unfold slowly, and each one lets in a little more light on the spiritual practice of wonder. We grow in our ability to take into our embrace the beauty and the bounties of the world with gratitude, attention, and an appreciation for the mysteries they are. De Waal tells a story:

"At the age of ninety-three, the cellist Pablo Casals explained how, for the past eighty years, he had started each day in the same manner. He went to the piano and he played two preludes and fugues of Bach: 'It is a sort of benediction on the house. But that is not its only meaning. . . . It is rediscovery of the world in which I have a joy of being a part. It fills me with awareness of the wonder of life, with a feeling of the incredible marvel of being human." 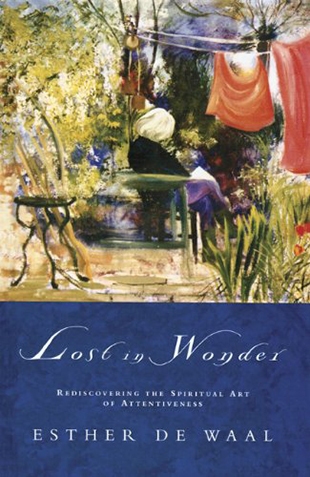