Be an Island The Buddhist Practice of Inner Peace

By Ayya Khema
A valuable collection of essays.

Ayya Khema (1923-1997) was born in Berlin to Jewish parents and educated in Scotland and China. Ordained as a Buddhist nun in Sri Lanka in 1979, she established several Buddhist centers around the world. In these 24 essays, she covers some of the essentials of the Buddhist path. For instance, she defines emptiness as "not a negative state; it denotes a mind which has no tension, no worry or fear, and is wide open to see the Dhamma within. Such a mind has to let go of all preconceived ideas about the world and the people in it."

Emptiness creates just the right milieu for the practice of inner peace and compassion. It also paves the way for contentment, which is the creation of "a field of harmony within our hearts." Khema has some helpful suggestions on how to love ourselves and how to practice letting go, which she calls "the fading away of desire." Best of all, she outlines the value of being a nobody: "It means acting without self-display and without craving for results." Ayya Khema's considerable wisdom is on display in this valuable collection of essays. 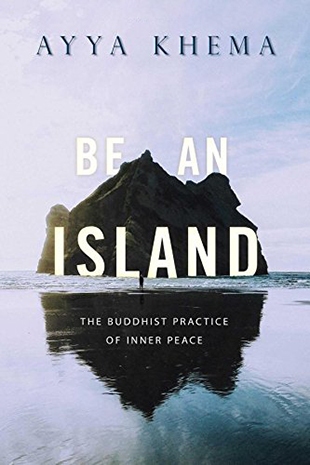