The Tao of Daily Life

By Derek Lin
A top-drawer collection of Taoist teaching stories and commentaries on this ancient path.

Derek Lin is the author of Tao Te Ching: Annotated & Explained and runs the www.Taoism.net website. In this paperback, which is subtitled "The Mysteries of the Orient Revealed, The Joys of Inner Harmony Found, The Path to Enlightenment Illuminated," he presents a group of stories which reveal the essence of Taoism. They are accompanied by commentary on the meaning of the tales in reference to "the way." Here are a few of the topics covered:

• Finding Joy in the Simple Things
• What Can We Do When Bad Things Happen to Us?
• What Is the Best Way to Handle Negative People?
• Facing the Changes in Life and Mastering Them
• Why Do We Keep Comparing Ourselves to Others?
• The Karmic Laws of Giving and Receiving
• Dealing with Attachments to Worldly Objects
• The Way We Look at Death

There are some wonderful stories here! This one is in the section on "What Can We Do When Bad Things Happen to Us":

"Once upon a time in ancient China, the people at a village received orders from the regional governor to build a shrine for the emperor. If they could meet the deadline, the governor would reward them handsomely.

"The chosen location for the shrine had a well, so they needed to fill it up before construction could take place. They brought in a donkey to transport piles of sand and mud for that purpose.

"An accident occurred. The donkey got too close to the exposed well, lost his footing, and fell into it. The villagers tried to lift him out but could not. After many failed attempts, they realized it would take too long to rescue him.

"Keeping the deadline in mind, the villagers decided to sacrifice the donkey. They proceeded to shovel sand and mud into the well, thinking they had no choice but to bury him alive.

"When the donkey realized what they were doing, he began to wail pitifully. The villagers heard him but ignored him. The value of the donkey wasn't much compared to the rewards they would get, so they continued to shovel.

"After a while, the wailing stopped. The villagers wondered about this. Was the donkey dead already? Or did he just give up? What was going on?

"Curious, they looked into the well. A surprising sight greeted them. The donkey was alive and well. When the mud and sand rained down on him, he shrugged them off, and then stamped around until they were tightly packed below him. This formed solid ground that lifted him a bit higher each time.

"Eventually, the donkey got high enough inside the well. With one powerful leap, he jumped out of it. Amazed, the villagers watched as he trotted off with his head held high.

"When we get in trouble and the sand and mud of daily problems are failing upon us, wailing is of no help. The best thing in the midst of adversity is to take action. We can make use of trouble and find a way out that in the long run strengthens us. This Taoist teaching story gives us hope that we can cope with the bad things that happen to us." 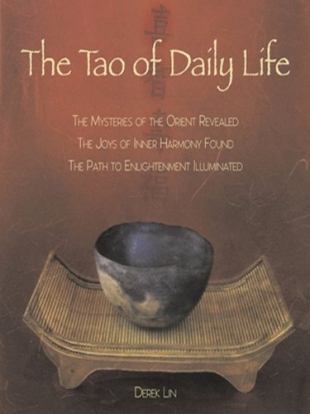