By Matthew Fox
Unspools an adventuresome new paradigm for Christianity.

Here is a new edition of the 1983 watershed work reframing Christianity with an emphasis upon original blessing instead of original sin. Matthew Fox, the author of more than 20 books, is founding president of the University of Creation Spirituality in Oakland, California. He was a member of the Roman Catholic Dominican Order until 1993 when he was dismissed and became a Protestant Episcopal priest.

In the new preface to this edition, the author talks about three lessons he's learned from the publication and response to this book: first, how eager people are to have their spiritual experience validated and spelled out; second, that most of the world's religions reject the concept of original sin; and third, how deeply this theology threatens the patriarchal camp of Christianity where anthropocentricism, control, pessimism, and original sin ideology still hold sway.

With pinpoint accuracy, Fox notes: "The forces of fear and pessimism so prevalent in society and religion need to be countered by an increased awareness of awe and goodness." Throughout the book, the author celebrates the wonder of creation and "the royal personhood" of individuals. Each of the chapters begins with a treasure trove of thought-provoking quotations from religious writers including Meister Eckhart, Hildegard of Bingen, Teilhard de Chardin, Julian of Norwich, Dorothy Day, and many others.

I especially appreciate the emphasis Fox gives to the spiritual practice of beauty. He observes that Jesus is the one who demonstrates the essence of a beautiful life. There are also pieces on the beauty of the body and beauty in the natural world. I was surprised to see a quotation attributed to Gandhi: "Real beauty is my aim." But upon deeper consideration, this makes perfect sense — moral action done in service to others is one of the true splendors of the creation. And it all is brought to fruition by original blessing or God's grace in action. 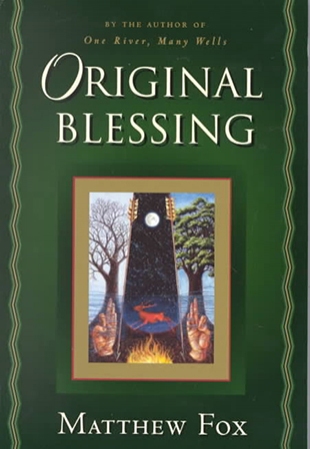