Benedict's Dharma Buddhists Reflect on the Rule of Saint Benedict

By Patrick Henry
Commentary by four Buddhist scholars on the sixth-century rule of life used in some Christian monasteries.

This unique volume grew out of the 1996 encounter between Christian and Buddhist monks at Gethsemani Abbey in Kentucky sponsored by Monastic Interreligious Dialogue (MID). Patrick Henry, the editor, is director of the Institute for Ecumenical and Cultural Research at Saint John's Abbey and University in Collegeville, Minnesota. He suggested that several Buddhists should be commissioned to present their responses to the Rule of Saint Benedict, the sixth-century classic that regulates daily life in some Christian monasteries.

Four accomplished Buddhist scholars took up the challenge: Norman Fischer, a Zen priest and founder of the Everyday Zen Foundation; Joseph Goldstein, cofounder of the Insight Meditation Society; Judith Simmer-Brown, professor and chair of the Buddhist Studies Program at Naropa University; and Yifa, a nun at Fo Guang Shan Monastery in Taiwan and faculty member at National Sun Yat-Sen University.

In chapters on the Rule as a whole, freedom and forgiveness, discipline and spontaneity, tradition and adaptation, and leadership and humility, these Buddhists offer their commentary on how this example of spiritual discipline has enriched their spiritual practices. The most fruitful chapter is the one on humility where the discussion yields up many helpful ideas on taming the ego. All of these Buddhists salute Benedict's goal — to help human goodness grow.

Benedictine David Steindl-Rast wrote the afterword about the experiment. He notes the importance of East-West monastic dialogue and the valuable insights of Benedict and Buddha. This volume concludes with an introduction to Saint Benedict's Rule by Mary Margaret Funk (Thoughts Matter: The Practice of the Spiritual Life) and a modern translation of the Rule by Patrick Berry, OSB, the former abbot of Ampleforth. 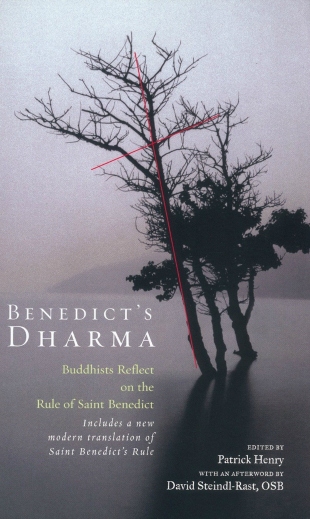