The Heart of Islam Enduring Values for Humanity

By Seyyed Hossein Nasr
A sturdy and substantive overview of this religion that has 1.2 billion adherents.

Seyyed Hossein Nasr is professor of Islamic Studies at George Washington University in Washington, D.C., and president of the Foundation for Traditional Studies. This sturdy and substantive overview of Islam comes at a time when many misconceptions and stereotypes about this religion are rampant in American culture. Nasr has already written 18 books about the faith which is near and dear to his heart. His intention here is to explain "certain basic aspects of Islam and widely discussed issues in a manner acceptable to mainstream Islamic thought and comprehensible to the general Western public."

The book is divided into seven sections with an epilogue on "The Ethical and Spiritual Nature of Human Life, East and West." The first chapter covers the unity of truth in Islam and the multiplicity of revelations. It is often forgotten that this religion honors the prophets of Judaism and Christianity. In " The Spectrum of Islam," Nasr covers the different sects within this faith which numbers 1.2 billion believers. In chapter three, Nasr turns to a discussion of divine and human laws where he covers the "pillars of Islam." Next, he explores "The Vision of Community and Society" with attention given to Muslim minorities, family life, the role of women, and the practice of the good life. Nasr concludes: "From the Islamic point of view, the value of a society before the eyes of God lies in its virtuous qualities, its moral excellence, and not in power and wealth. It is this basic truth that Muslims must remember as they confront the powerful forces of secularism, globalization, and consumerism that threaten the very foundations of the Islamic order."

In his treatment of "Divine and Human Justice" the author addresses such hot button issues as jihad, war, and martyrdom. In "Human Responsibilities and Human Rights" Nasr focuses on a variety of topics including freedom of religion and Islam's goal of serving "as the middle people to the creation of harmony between religions, peoples and civilizations the world over."

By far the most poignant chapter in the book is the author's celebration of Islam's treatment of "Compassion and Love, Peace and Beauty." He points out: “The goal of human life is to beautify the soul through goodness and virtue and to make it worthy of offering to God Who is the Beautiful." Sufism, which Nasr defines as the mystical or inner dimension of the religion, has done the most to accentuate this dimension of the faith with its wondrous poetry, music, dance, and hallowing of kindness to others. 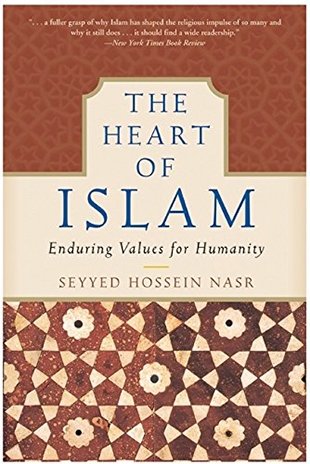