Visions of God Four Medieval Mystics and Their Writings

By Karen Armstrong
Examines these English believers who were pioneers.

This book examines the works of four 14th century English mystics who were "pioneers of a new human experiment in the West." They all experienced in the depth of self a transcendent God who gave their lives meaning. There are excerpts from the writings of Richard Rolle of Hampole who discovered within his emotions intimations of God; from the author of The Cloud of Unknowing, a primer on mystical exploration; from Walter Hilton whose The Ladder of Perfection, focused on the spiritual arts of prayer and meditation; and from Dame Julian of Norwich whose visions and revelations went beyond the established dogmas of traditional Christianity. 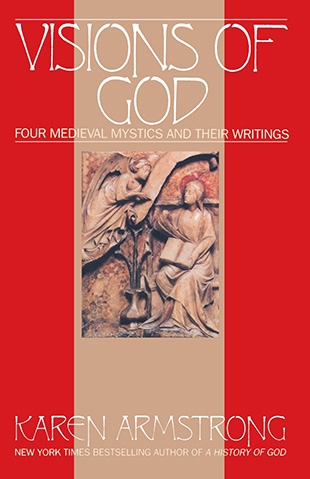