The Celtic Way of Prayer The Recovery of the Religious Imagination

By Esther de Waal
An examination of the lives of Celtic Christians whose sense of everyday spirituality was very keen.

Celtic Christianity is an ancient path which revels in the vivid, palpable presence of God in the everyday rounds of life. Using examples from the songs, poems, prayers, blessings, and rituals of the Celtic people, Esther de Waal, who lives in the border country of Wales, examines their way of prayer. She is amazed by the sheer physicality of the Celtic tradition where God, the Trinity, and the saints are close at hand. Throughout the book are examples of prayers for kindling the fire, making the bed, and milking the cow. As de Waal puts it, all life "is punctuated by prayer, becomes prayer."

Celtic spirituality not only emphasizes the indwelling of God within every person but also stresses the sense of a corpoate and shared spirituality. The poets speak of a closeness to the earth, the rhythms of the seasons, and the reach of the extended family. Analogies for God are found in all these realms. De Waal also writes about the Celtic reading of suffering, the cross, and the community of saints. The author concludes that the Celtic way of prayer has "taught me and encouraged me into a deeper, fuller way of prayer." 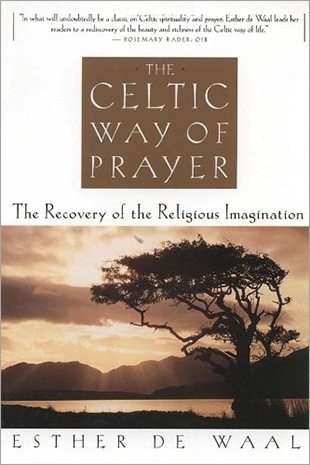