By Jeffery Paine
Richly developed profiles of Buddhist teachers in a substantive historical overview of this movement.

"Bodhicitta possibly accounts — there seems no other explanation — for the most inexplicable, mysterious characteristic of the Dalai Lama. Around age seventy he has begun slowing down a bit, but he has been a perpetual engine, a human dynamo who does not stop, who can interact with scores of people and do hundreds of things a day, day after day after day. The fuel he runs on, evidently, is helping others, and the more he helps the more energy he has. Bodhicitta is the opposite of 'self-cherishing,' and self-cherishing — upholding one's self-image, pursuing a personal agenda, worrying about the future — apparently uses up a lot of fuel. By ceasing self-cherishing to the extent that he has, the Dalai Lama seems to have unlocked the source and unblocked the flow of his energy."

This is just one of the many fascinating observations by Jeffrey Paine, author of Father India, in this splendid survey of the coming of Tibetan Buddhism to the West. The author describes Christian monk Thomas Merton's fascination with this religion, thanks to its down-to-earth brand of mysticism and its detailed set of instructions for the ethical practices of loving-kindness, compassion, and equanimity. There is something very appealing about Tibetan Buddhism, and it is no wonder that it is the fastest growing form of Buddhism in the United States.

Paine begins with the adventures of Alexandra David Neel who put the country of Tibet and its religion on the map for Westerners. He goes on to profile Lama Yeshe and Chogyam Trungpa, two spiritual teachers who tried to help Westerners understand and accept their own goodness. Yeshe demonstrated the benefits that can result from the study of one's mind and coming to terms with oneself. Trungpa founded over 100 centers and established Naropa, the first and only fully accredited Buddhist university. He brought the truths of ancient Tibetan Buddhism to the West in terms that men and women could understand, and loved to wake people up through shock techniques.

Paine does a fine job covering individuals who discovered Tibetan Buddhism and allowed it to transform their lives. Tenzin Palmo, an English woman from London, spent 12 years in a six-by-ten foot cave meditating. According to those who have been in her presence since this remarkable feat, her most salient personal quality is "her steady clarity, uncluttered by preoccupations and preconceptions of 'worthwhile' versus 'trivial.' " Another much written-about person is an American lama, Jetsunma (Catherine Burroughs), the first Western woman to be recognized as a reincarnated Buddhist figure. Jan Willis, Robert Thurman, Harold Abbott, and Jarvis Jay Masters are also profiled. Each incarnates through practice and presence a different dimension of Tibetan Buddhism.

Paine's commentary on the contributions of the Dalai Lama to this tradition is thought-provoking. The author concludes that this exuberant, relaxed, and insightful spiritual teacher may have had "a larger number of meaningful encounters with more people than anyone in history. He may also hold the record for the range of subjects, from the nature of the universe to pragmatic politics to domestic advice, on which he's spoken knowledgeably and offered counsel."

Whereas other religions emphasize creeds, dogmas, and rituals, Tibetan Buddhism puts the accent on qualities of the human spirit such as kindness, compassion, patience, generosity, and contentment. Many seekers are attracted to this approach which promises personal growth where they need it most — in the midst of the complexities of work and the web of human relationships. 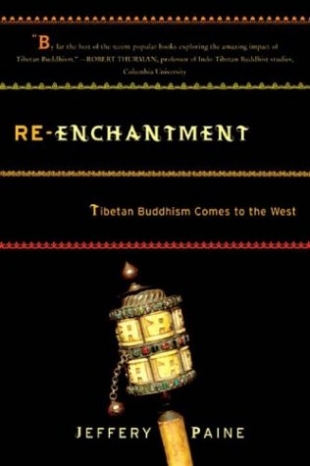