By Jonathan Sacks
Lifts up and affirms what is best in religion.

In this inspiring collection of columns written for The Times, Jonathan Sacks, Chief Rabbi of Britain and the Commonwealth since 1991, reflects on the art of celebrating life. In personal pieces, he is grateful to the person who rescued him from the waters when he nearly drowned. He pays tribute to his father who died recently and to long marriage, which he describes as "a pledge to share a life together" and a paradigm of faith. The section headings reveal the thematic range of material: Making a Blessing Over Life, Affirmations in Unexpected Places, Where Happiness Lives, Finding God, Faith in the Family, The Moral Voice, Communities of Faith, Faith and Friendship, and From Optimism to Hope.

He includes many Jewish stories to illustrate his themes. Here is one about work and speed:

"Rabbi Levi Yitzhak of Berditchev was looking out over the town square. Everywhere he saw people rushing. He called out to one man. 'What are you rushing for?'

"The man replied, 'I'm running to make a living.'

"Levi Yitzhak said, 'What makes you so sure that your livelihood is in front of you so that you have to rush to catch it up? What if it's behind you? Maybe you should stop and let it catch up with you.' "

There are several fine pieces on prayer, including this story:

"Mother Teresa was being interviewed by a journalist about her life and faith. At one point the interviewer asked her what she said to God when she prayed.

" 'And when you listen,' said the interviewer, 'what does God say?'

" 'He doesn't say anything,' she replied. 'He just listens.' Before the bewildered journalist could say anything more, she added, 'And if you can't understand that, I can't explain it to you.' "

Sacks is very impressed with the countercultural clout of religion even in these times when it is usually relegated to the margins in Western cultures. He affirms the diversity of creation, the power of words to hurt and to heal, the profundity of silence, and the importance of questions for those on a spiritual journey. He sums up what he means this way:

"Religion is at its best when it becomes a countercultural force; when it has no power, only influence, no authority except that which it earns, no claim to people's attention other than by the way it creates values that cannot be found elsewhere. It is then that it loses its perennial tendency to corruption and becomes again what it once was — a startling new voice, redeeming us from our loneliness, framing our existence with meaning, and teaching us to remember what so much else persuades us to forget — that the possibilities of happiness are all around us, if we would only open our eyes and give thanks."

It is salutary to savor the words of this respected spiritual leader and to see how forcefully he lifts up and affirms what is best in religion. 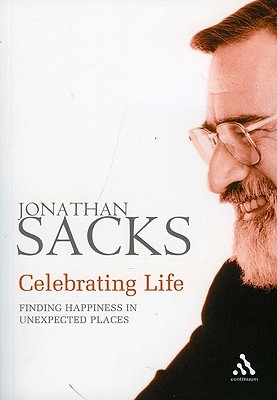