Teilhard for Our Times

He has been hailed as one of the four major thinkers of the Christian Western tradition (right up there with St. Paul, St. Augustine, and Thomas Aquinas.) His predictions about the future course of civilization, made way back in the 1930s and 40s, have had an uncanny way of materializing (among them, the internet!). He was among the very first to visualize our universe as a single, living whole and to call for an understanding of our human purpose and responsibility based on its entire fourteen billion year evolutionary journey. Way before the word “integral” was known beyond mathematical circles, he created an integral vision yoking science and religion in a common endeavor to “harness the energies of love.”

And yet, six decades after his death, this brilliant Jesuit paleontologist and visionary still remains a largely unknown commodity. His prophetic insights are yet to be fully acknowledged and assimilated by either science or religion. To most secular scientists he’s way too mystical; to traditional Christians, way too heretical; to integral evolutionists, way too Catholic. So people tend to walk around him — usually with a polite nod of the head, but no real engagement.

What a tragic loss! For today more than ever, our planet is desperately in need of authentic vision and wellsprings of hope.

In this long-awaited e-course, master teacher Cynthia Bourgeault will lead you step by step into the heart of Teilhard de Chardin — both figuratively and literally.

Through 15 email messages scheduled at your own pace, you will learn your way around the basic building blocks of “The Teilhardian Synthesis,” his great overarching vision. You’ll catch moving glimpses of his life and the spiritual resources he drew on to keep himself going through long years of struggle and exile. You’ll get to work with some of these resources directly through spiritual practices based directly on Teilhard’s writings. 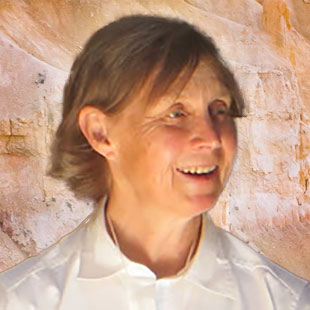