We like to think of Richard Rohr, a Franciscan priest, as a scout who goes out in front of the wagon train to explore the wilderness and report back on what is coming next. A prophetic and prolific writer, he was ahead of the pack with his use of audio and video tapes in his teaching and preaching ministry. While many contemplatives struggled to come up with creative ways to put their devotional life in sync with ethical actions, Rohr led the way with his founding of the Center for Action and Contemplation in Albuquerque, New Mexico, in 1986. He continues to call all Christians and spiritual seekers to be active contemplatives in our world of violent conflict and moral disarray. He is profiled in S&P's Living Spiritual Teachers Project.

Rohr has revealed that the patron saint for the Center for Action and Contemplation is John the Baptist who decreased so that Jesus could increase. To this Catholic, being a good Christian entails surrender to God and putting others first — practices affirmed in many religious traditions. Rohr is convinced that we must all struggle, as the early believers did, with the mysteries of life, death, freedom, grace, and injustice.

Rohr repeatedly discovers profound meanings in little things. That is why he is so effective as a writer and a retreat leader with an international audience. Those who know and cherish his visionary faith have been moved by his wide range of interests including men's spirituality, community building, spiritual direction, eco-justice, and peace issues.

We invite you explore the wisdom of Richard Rohr in this e-course. You will receive 40 emails, each containing a brief passage from one of Rohr's books and a suggestion on how to practice its message. Then we'll gather in a private online Practice Circle to share our experiences of this journey and discuss such themes as the nature of faith, the presence of God, the path of the little, the spiritual energy in the dark questions, silence and solitude, the transformative messages of Jesus, the bias toward the bottom, the image of God inside us, the spiritual adventures of different stages of life, and much more. We can count on Richard to consistently come up with unique insights and epiphanies that cut to the heart of things. 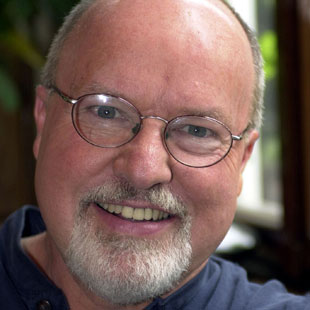