Once in a parish mission when I was studying this scripture (Luke 7: 11-17) with a large group, someone called out harshly, 'Have you ever brought someone back from the dead?' I had been saying that life happens when we are interrupted, and that some of the most powerful acts of resurrection happen to the least likely people; that we are the people of resurrection and hope, called to live passionately and compassionately with others, to defy death, to forgive, and to bring others back into the community, to do something that is life-giving, that fights death and needless suffering. And then this challenge from the back of the church.

God Broods Over Us in the Icons

God broods over us in the icons. And so we are summoned to look at them every day for they bring life, food, and grace into our bodies. There is a shining forth in our flesh that emerges with undivided attention and devotion. We come to drink in the icon and to be taken and held by it. We stand before the eye of God, or sit, or kneel, and we bow and kiss the icon, touching our fingers to our forehead, lips, shoulders, and heart as we greet and acknowledge that we are there — before All That Is, before God, the Holy One. Always the icon seeks to bring us to prayer and attentive adoration."
— Christ All Merciful

Angels in Our Lives

Angels, mysteries of God's imagination, invitations to obedience and servants visiting earth, are the Creator's call to each of us to reconsider, change, be transformed. They urge us to turn again toward each other and love. They watch and wait for us at home, knowing we are crucial to the heart of God incarnate. They care about us and come to visit and deliver God's word to us. These angels of God are envelopes waiting for our replies."
— Angels Unawares

Stations of the Cross

"In recent years many communities and parishes have walked the Stations of the Cross through their own city. They chose ahead of time fourteen stations, sites in the neighborhood where injustice, suffering, and evil were experienced. Prisons, places where people had been shot, where gangs and drugs proliferated, where there had been drunken driving accidents, drive-by shootings, drunken fights, places that stored or made weapons, immigration and welfare offices, empty lots — any place the community felt there had been and were currently situations and experiences of sin, evil, and injustice. A large cross was carried, with many people taking turns bearing the cross through the streets. Again, a similar pattern of prayer, reading, reflection, silence, and singing accompanied the cross as the people made their way through the Stations."
— The New Stations of the Cross

Making Music Out Of What Remains

This story says what is our calling, our vocation and our glory. It actually happened around 1997-98 in New York City. The virtuoso violinist Itzhak Perlman rarely appears in concert now because of age, but many see him as the greatest violinist of this century. He is admired as much for his triumph over terrible physical disability caused by childhood polio which left his legs underdeveloped and paralyzed as he is for his incomparable skill and music. When he comes on stages, the audience is already seated, the orchestra is in place, even the conductor stands ready, and then Itzhak Perlman makes his way across the stage, painstakingly dragging his legs in metal braces, leaning on metal crutches. Then he sits on his chair in front of the orchestra and lays his crutches down and unlocks his metal braces putting them on the floor. Then when settled, he is handed his violin.

"In one performance, when the music was chosen to showcase his range and ability to play, there was a long piece that was the ending of the concert. He was playing a fiendishly difficult and passionate piece and suddenly, to everyone's horror, one of the four strings on his violin snapped, with a loud twang echoing in the air. The audience gasped aloud. The orchestra stopped playing. The conductor dropped his baton and whirled around in shock. But Perlman motioned to him to continue the piece. The orchestra began again, after a few bars, and the piece continued. Perlman never missed a beat, or lost a note. To everyone's absolute amazement he finished the entire piece, more than six minutes. He used only three strings, instantaneously transposing the music from the missing string onto the three strings he had left.

"When the performance and the piece was over, the audience was stunned into silence. No one moved, or barely breathed. They just sat there awed by what had happened, unbelievable and yet they had seen it and heard it, The sweat had poured from him and Pearlman was dripping wet, sitting in his chair, violin and bow in one hand, dazed. After minutes the audience exploded, They leap to their feet in ecstatic appreciation. The musicians banged on their music stands and stomped their feet. It went on it seemed forever. Itzhak bowed from his chair, his eyes somewhat glassy and shining. Then he gestured for a microphone. The crowd was immediately quiet. He addressed the audience saying: 'This has been my vocation, my lifelong mission — to make music out of what remains.' There was a moment of total silence and then once again the audience erupted into rapturous applause and there were tears in many eyes, and tears on Itzhak Perlman's face."
— And Morning Came

There is an old story told among Zen teachers. Once upon a time there was a family, the relatives of a poor sick samurai, who were dying of hunger. They approached Eisai's temple, and the good monk there took the golden halo off the image of Buddha and gave it to them, telling them to go and sell it and buy food for themselves and find shelter. When others heard about it, there was the cry of 'Sacrilege!' What reckless and dangerous behavior! What kind of precedent was set for the temples!

"But the monk calmly reminded them of the story of the Chinese master Tanka, who burned a wooden image to warm himself. And he preached to them: Buddha's mind is full of love and mercy. If the Buddha had heard the plight of these people, why, he would have cut off a limb if that would have helped them in their pain! What's a halo or anything else that's available in the face of a human being's suffering and need?"
— Send My Roots Rain 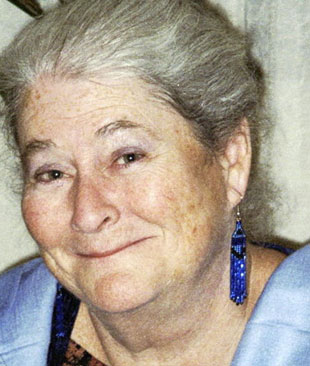