"Mindfulness meditation doesn't change life. Life remains as fragile and unpredictable as ever. Meditation changes the heart's capacity to accept life as it is. It teaches the heart to be more accommodating, not by beating it into submission, but by making it clear that accommodation is a gratifying choice. Accommodation of the heart is not always easy. Knowing that it is a possibility is a great inspiration. Having an accommodating heart is the ultimate freedom."
— Don't Just Do Something, Sit There

"Equanimity doesn't mean keeping things even; it is the capacity to return to balance in the midst of an alert, responsive life. I don't want to be constantly calm. The cultural context I grew up in and the relational life I live in both call for passionate, engaged response. I laugh and I cry and I'm glad that I do. What I value is the capacity to be balanced between times."
— Don't Just Do Something, Sit There

The Point of Spiritual Practice

"The point of all spiritual practice is to wake up from the dream of a separate self."
— That's Funny, You Don't Look Buddhist

"I believe we are obliged to tell the truth. Telling the truth is a way we take care of people. The Buddha taught complete honesty, with the extra instruction that everything a person says should be truthful and helpful."
— It's Easier Than You Think: The Buddhist Way to Happiness

Being a Recovering Worrier

"As a result of my practice, I am a recovering worrier. My mind still makes up terrifying stories, but I am much less apt to believe them. Sometimes I catch the story-making machine in the act of churning up a new story, and sometimes I can even laugh at it. If I could disengage the worry machine entirely from my mind, I would surely do it. I don’t like it at all. But I was born with it, for whatever karmic reasons, and I'm stuck with it. I've come to think of it, and myself, with compassionate affection. I treat it as if it were an unpleasant neighbor who lives in an apartment next store to me and plays loud music in the middle of the night."
— It's Easier Than You Think: The Buddhist Way to Happiness

Words Can Hurt You

"I think a lot about the fact that the Buddha made a separate category for Right Speech. He could have been more efficient and included it in Right Action, since speaking is a form of action. For a while I thought it was separate because we speak so much. But then I changed my mind — some people don't speak a lot. Now, I think it's a separate category because speech is so potent.

"I read a sentence in a magazine years ago, a page filler added to the bottom of a column because the article wasn't quite long enough. I don't recall what magazine it was or what the article was about, but I remember the sentence. It said, 'Sticks and stones may break my bones, but words can always harm me.'

"Sometimes, in a class, I will say, 'Raise your hand if you have ever broken a bone.' After people raise their hands, I say, 'Leave your hand up if that bone still hurts you now.' Usually, all the hands come down. Then I say, 'Raise your hand if you still feel pain from something someone said to you in the past year.' Lots of hands go up. 'Keep your hand up if you have pain from a remark someone made about you in the last five years.' Hands stay up. 'Last ten years . . . twenty years . . . thirty years . . . a remark made before you were five years old.' Many people still have an arm in the air. They look around at each other and smile, sheepishly, but I don't think anyone is amused. It is a lovely moment of shared compassion, of being a witness to the burden we have all borne of carrying the pain of hurtful remarks. Perhaps we think that if we are mature adults we should have gotten over the rebukes of childhood. I wonder if we ever do. I think we are all quite vulnerable, like cream puffs, crisp on the outside but fragile inside and very sweet."
— It's Easier Than You Think: The Buddhist Way to Happiness

"That's the everyday Patience practice: cheering the mind. Your technique will be uniquely yours. Perhaps you sing to yourself or recite long poems you know by heart. The mind, cheered up, remembers that it is worrying that things won't turn out well because they aren't happening 'on time' and that the current discomfort will never end. It also remembers that 'on time' is an idea we've made up so our calendars work, and that the discomfort will end. Everything ends."
— Pay Attention for Goodness' Sake: Practicing the Perfections of the Heart-The Buddhist Path to Kindness 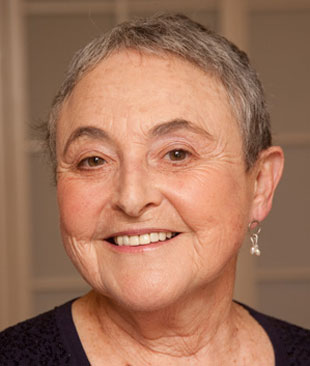