Jean Shinoda Bolen is a Fellow of the American Psychiatric Association, She is a Diplomate in Analytical Psychology from the C.G. Jung Institute of San Francisco, a member of the International Association for Analytical Psychology, and the Society of Jungian Analysts of Northern California; she is the past Chairperson of the Joint Certifying Board of the Northern and Southern California Societies of Jungian Analysts. She founded and co-chaired Psychiatrists for ERA, which was a major influence within psychiatry in the early 1980's that evolved into the Association for Women in Psychiatry.

She brings an emphasis on the question for meaning and the need for a spiritual dimension in life to all aspects of her work, while also taking into account the powerful effects of archetypes within us and family and culture upon us. Her books are used as college and university texts in gender studies, women's psychology, mythology, spirituality, east-west philosophy, and psychology courses. She has been an advocate for women, women's issues, and ethics in psychiatry. With her former husband, she co-founded Psychic and New Realities magazines, publications about parapsychological, and mind-body-spiritual subjects. 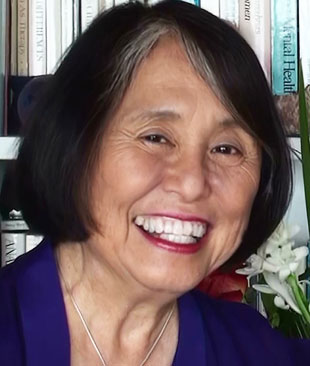