Arthur Waskow holds a Ph. D. in US history from the University of Wisconsin (1963) and was ordained to the Rabbinate by a transdenominational rabbinical court in 1995. He is widely considered to be one of the leaders of the Jewish Renewal movement. He has been involved with Jewish Renewal since writing the original ground-breaking Freedom Seder in 1969. He founded (1983) and directs The Shalom Center, which seeks to be a “prophetic voice in Jewish, multireligious, and American life” and acts to "seek peace, pursue justice, and protect and heal the earth" in ways grounded in Jewish thought and practice. In 1993 he co-founded ALEPH: Alliance for Jewish Renewal.

Waskow is author of many books, articles, and liturgies. He was the managing editor for two anthologies about Eco-Judaism. He has taught at the Reconstructionist Rabbinical College and in the religion departments at several American universities. For 12 summers he was the Torah Teacher in Residence at Elat Chayyim, the transdenominational Jewish spiritual retreat center in the Catskills. 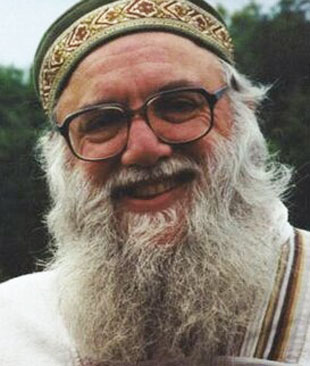