Frederick Franck, a true Renaissance man — artist, sculptor, writer, and visionary — died peacefully at home on June 5, 2006. He had recently celebrated his 97th birthday. His wife of nearly 50 years, Claske, and his son, Lukas, were with him. He was buried the next day at Pacem in Terris, the transreligious sanctuary he and Claske created around their farmhouse in Warwick, New York, with an old mill and gardens filled with Franck's sculptures and paintings.

"He's here," Claske told us on the phone, and we thought, yes, he's there and everywhere else where people still enjoy his art. His creations are for the ages.

Pacem in Terris will continue to operate as a garden-museum, under the guidance of Lukas Franck. In lieu of flowers, donations may be made to Pacem in Terris, 96 Covered Bridge Rd, Warwick NY, 10990-2854.
— Frederic and Mary Ann Brussat

Above all else, Franck was a bridge builder whose marvelous combination of art and spirituality points to a new way of being in the twenty-first century. He calls it transreligious: "outside the categories of both 'interfaith' and 'ecumenical' . . . even less a syncretistic scrambling together of symbols, concepts, and rituals of the various religious traditions." He clearly had great respect for each tradition and found in his art and writing ways to convey "the inner experience in which these traditions converge."

Franck's life covered most of the twentieth century, and he was fortunate enough to meet and even work with some of its spiritual giants. Yet he had no religious affiliation nor did he belong to any one community.

Born in Maastricht, the Netherlands in 1909, he studied medicine in his native Holland, graduated in dentistry in Belgium, and acquired a degree from the Royal College of Surgeons in Edinburgh. He opened a practice in London but spent weekends with a group of Quakers working for unemployed miners in Wales. In the late 1930s, he began to study art seriously in London.

Franck arrived in America in 1939 where he received his American degree from the University of Pittsburgh. There he taught Oral Surgery and Anesthesiology until 1944 when he journeyed to Austria, serving as a consultant with the Netherlands Indies Government until the end of World War II. Back in the United States, he became a citizen in 1945. He practiced in New York City — but only for two days a week. During his leisure time, Franck wrote and painted in his studio on Bleeker Street. He became a successful painter and had regular one-man exhibitions in New York, Paris, and Amsterdam.

From 1958 to 1961, Franck served as an oral surgeon on the medical staff of the Albert Schweitzer Hospital in Lambarene, Gabon, where he founded a dental and oral surgery clinic on behalf of MEDICO-CARE. His book Days with Albert Schweitzer was translated into ten languages. In 1963, he was awarded an Honorary Doctorate in Fine Arts by the University of Pittsburgh.

On reading Pope John XXIII's opening speech to the Second Vatican Council, Franck felt it would be a spiritual watershed. He flew to Rome, where he was the only artist to draw all four sessions of the Second Vatican Council. Pope John XXIII honored him with a medal of appreciation for these drawings. Franck went to Rome to draw this "genius of heart" one last time, as the Pope lay on his bier.

In the late 1960s, Franck and his wife Claske moved to Warwick, New York, to concentrate on his drawing, painting, sculpture, and writing. There they converted the ruins of an eighteenth century watermill into an "oasis of peace and sanity" called Pacem in Terris (Peace on Earth). This transreligious sanctuary, with its gardens and sculptures by Franck, is dedicated to Pope John XXIII, Albert Schweitzer, and the Japanese Buddhist sage Daisetz T. Suzuki. Catholic, Protestant, Unitarian, Jewish, and Buddhist groups have used this non-sectarian and sacred space for services, spiritual drama, and musical performances.

Franck wrote more than 30 books and was still writing and creating art at 97. His classic The Zen of Seeing is going strong with over 300,000 copies in print. 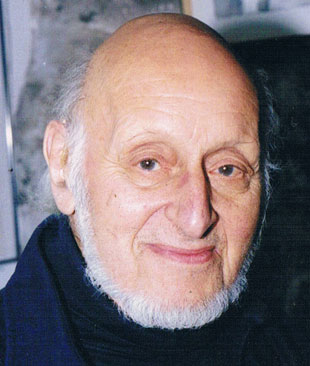